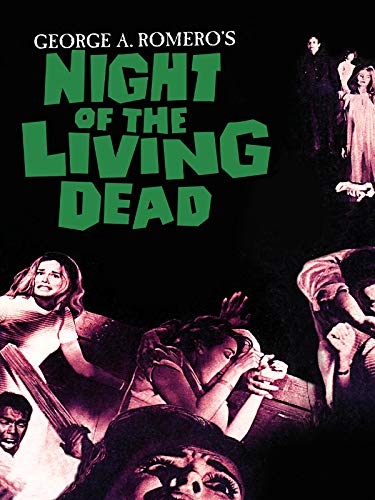 THE NIGHT OF THE LIVING DEAD

Night of the Living Dead is one of those films which got its success by word of mouth. This extremely effective horror film is also an indictment against the American way. The movie disturbs and terrorizes us and to get that effect, the classical structures of the horror film are subjected to a whole different rhythm. The viewer doesn’t get a chance to breathe. Just like Evil Dead, which was inspired by Romero’s film, Night of the Living Dead is filmed with a handheld camera that provokes a jerky and seemingly recorded effect. The viewer loses his ‘suspension of disbelief’ and goes along with the story. A virus, brought back from a space mission, is causing the dead to leave their graves and devour the living. A militia is being sent to kill them again. ‘The majority of horror movies don’t scare anybody, except those who won’t watch them anyway’. This is the exception to the rule: this is really scary! There is a silver lining however: At the end of the film, the horror is over.