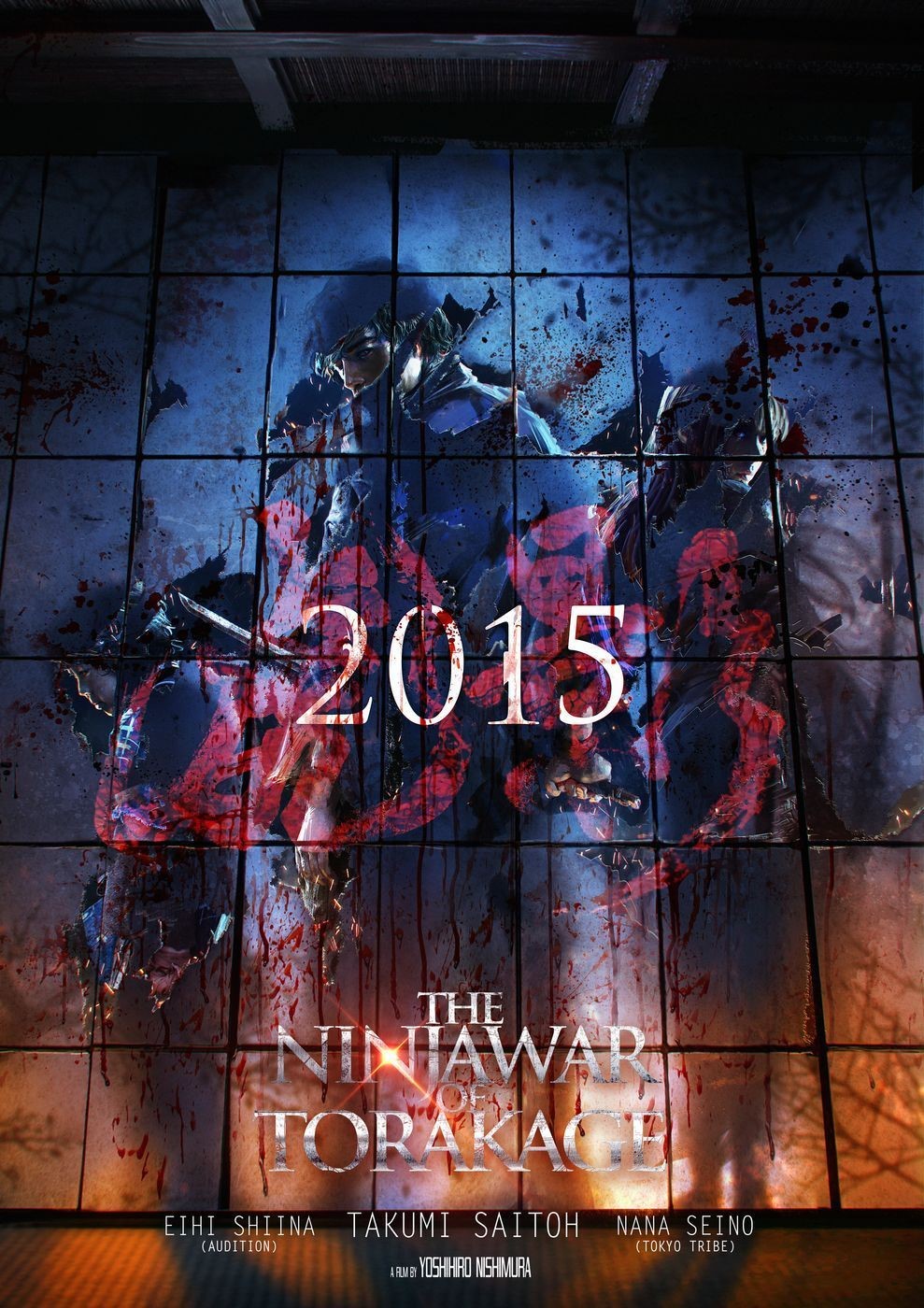 THE NINJA WAR OF TORAKAGE

Retired from ninja duty, Torakage lives a peaceful life in a small village with his wife and son. One day, Torakage’s son is kidnapped by his former master in an attempt to force him to break into a nearby castle and steal the Gold Scroll, the counterpart to her Silver Scroll, the two of which when brought together point the way to a vast treasure. Having no choice, Torakage and his wife sneak into the castle. However, their plan goes awry and the two are caught and turned over to the evil lord. Now, with his wife a hostage of the lord, Torakage must bring him the Silver Scroll held by his former master or forfeit her life! Utilizing weaponry crafted by an eccentric inventor, Torakage takes on both sides and plays them and their ninja armies off each other in the hope of saving his family.

For nearly two decades Yoshihiro Nishimura has been on the forefront of Japanese “extreme cinema” both as a director and as a special makeup artist. His directorial work includes such films as the groundbreaking Tokyo Gore Police and the zombie epic Helldriver. The Ninja War of Torakage marks a new path for Nishimura, as he blends the popular Japanese ninja genre with his kinetic, visually driven style of filmmaking. The movie stars Takashi Miike regular Takumi Saitoh (13 Assassins, Ace Attorney) as Torakage, with cult-actress Eihi Shiina (The Audition, Tokyo Gore Police) as Torakage’s evil master.