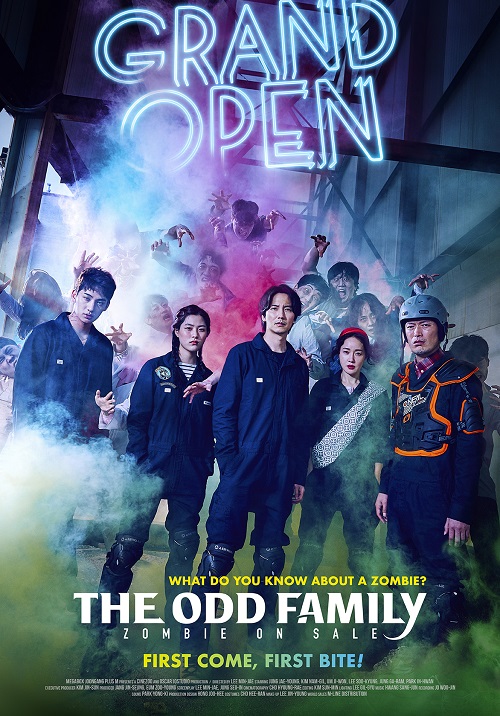 The Odd Family: Zombie on Sale

Zombies again, you say? Haven’t they made enough movies about these creatures already? We’re brain dead ourselves by now after being fed those hundreds of zombie flicks each year, but ODD FAMILY is well… odd! Don’t go in expecting a RESIDENT EVIL or NIGHT OF THE LIVING DEAD vibe, this is way weirder! Director Min-jae Lee turns all genre conventions on its head in his zany, light-hearted zom-com full of hilarious stereotypes, with references to TRAIN TO BUSAN and WARM BODIES. So, what’s it about? An evil-looking pharmaceutical company has a knack for dubious experiments on humans, which tend to fail from time to time… One tested-on victim escapes and ends up in a nearby, seemingly deserted gas station. The poor chum turned into a zombie, but that’s just the beginning of his bad luck. The gas station he stranded in belongs to the Park family, probably the strangest bunch of people he could’ve imagined. At first the family members are not too keen on their queer visitor but when daddy Park ends up in the ‘claws’ of the ‘monster’ and is granted eternal life… they accept him in the family. Always looking for new business ventures, they decide to cash in on this gift. Sure, the cure hardly improves your IQ, but eternal life! That’s something the whole village would want to pay good money for…