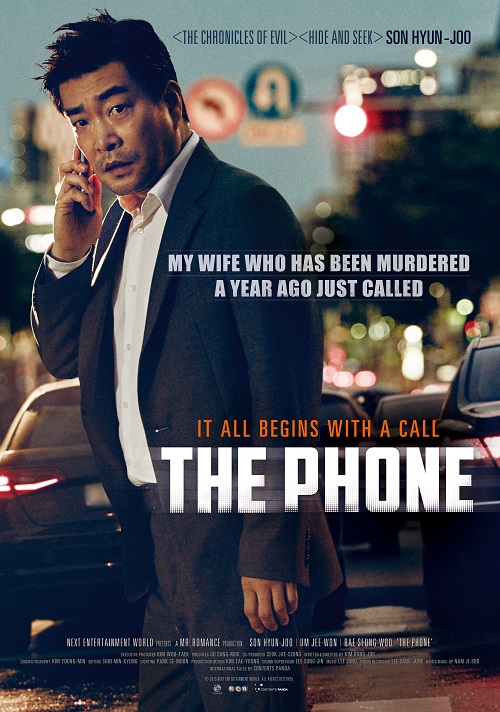 The brilliant lawyer Dongo-ho gives his career a boost by changing jobs to a big pharmaceutical company. But first he needs to celebrate his departure with his soon to be ex-colleagues. The more soju they drink, the less Dong-ho is inclined to answer the ever more urgent phone calls from his wife. Drunk as a skunk he enters his home where he sobers up in an instant when he sees the dead body of his wife. A year later, the murder investigation has hit a dead end and Dong-ho has become an emotional wreck. Then, one day, an anomaly in the magnetic field makes his smartphone vibrate. At the other end of the line is his wife, alive and well, repeating the exact same conversation they had on the day of her death. Dong-ho soon understands that he can change the past and will try to do all he can to prevent the murder on his wife. But changing the past will have dramatic consequences for the present.
With a pitch that reminds you of Gregory Hoblit’s Frequency, this feature debut of Bong-joo is quite unique in Korean cinema. What you get is a razor-sharp and tense thriller with fantasy elements in which the viewer is swept away by the relentless race against and with time. With strong performances from Seong-woo Bae (Bedevilled) and Jang-in Sub (A Hard Day, No Tears For The Dead).