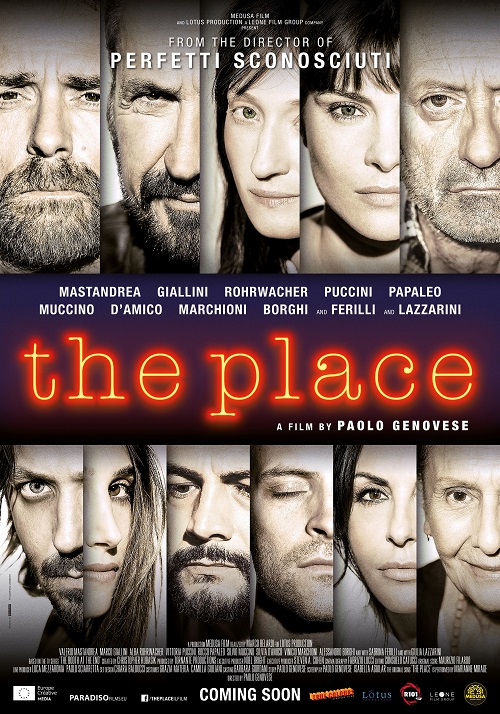 Every day, a mysterious man sits at the same table in a bar called, of all places, The Place… Let’s call him the Man. People come and go, but this gentleman has ten steady customers who visit him at regular intervals. Might he be a drug dealer? That’s highly unlikely in such a public place. They’re ordinary people, all of whom share a secret desire and the belief that the Man can help them make it come true. Their wishes are widely divergent: one of them wants physical beauty, someone else wants their child to heal, a third wants to be able to see again… In exchange for his help, the Man wants a small favor in return. Turns out that, in their burning desire to finally attain the ever elusive happiness, these desperate citizens are willing to pay a high prize and completely ignore even the most basic moral principles. But how far can you go? Italian filmmaker Paolo Genovese made a huge impression with his black comedy Perfect Strangers (2016). This time, he draws inspiration from the Canadian phantasy series The Booth at the End, which he adapts into a feature film. It’s quite a wager, a story in a single location, but Genovese pulls it off thanks to his talented ensemble cast and lots of psychological tension. As to the Man: is he God, the devil incarnate or the personification of conscience? We’d like to hear your opinion after the screening!