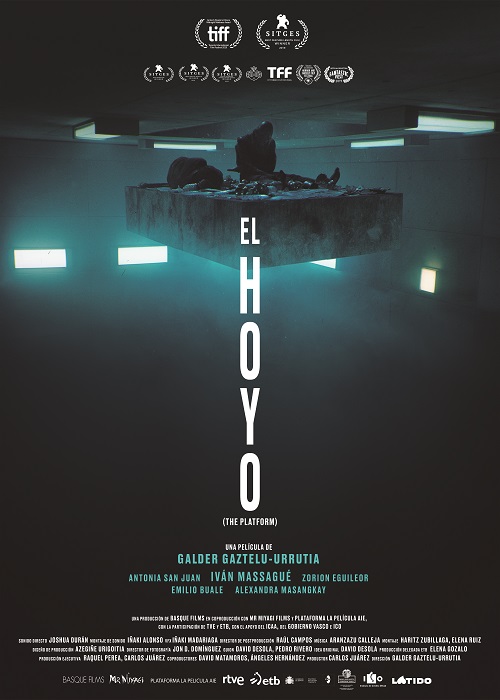 A prison, 333 floors. Two prisoners on each floor, some of whom have climbed up on their own. A platform filled with delicacies, the finest wines, the sweetest deserts, stops every day during two minutes at each floor. Rule one: every prisoner can take a personal object with them. Rule two: if a prisoner stocks food for later, the temperature on the floor will climb or drop so extremely that you either change into an ice cube or into smoked bacon. Rule three: every month the prisoners change floors. Talk about moving up and down the social ladder… The first feature by Galder Gaztelu-Urrutia is an instant winner! Sure, we’re not too proud to admit that not every single one of our films is a masterpiece, but this one is the real thing, people! The film has been screened no more than six times in the entire world and Netflix didn’t hesitate a second to get it for their catalogue. But the BIFFF battled hard to obtain this gem for the silver screen! A dystopian allegory on class struggle, a recipe that strongly smells like Vincenzo Natali and Luis Buñuel, half-way between cannibalism and pudding. In short, every movie lover should see THE PLATFORM. If not we won’t ever speak to you barbarians again!