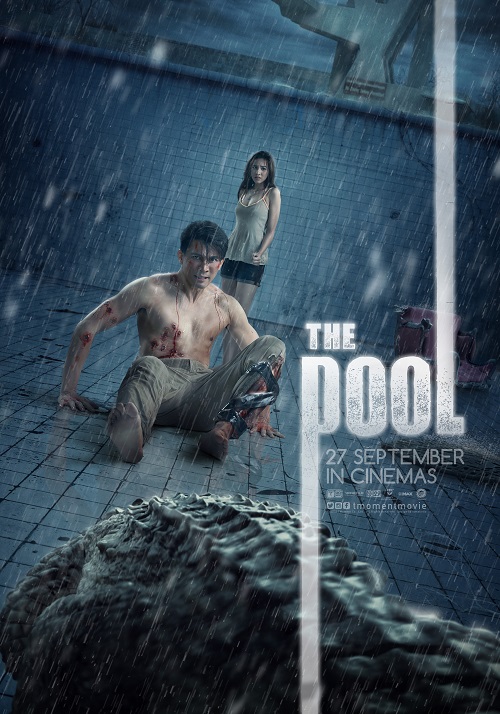 Day, an insecure and underpaid art director, has just finished filming an ad in a deserted Olympic pool. He’s charged with the cleaning and the emptying of the six-meter deep bath. Before beginning the heavy work, he wants to enjoy the silence and peacefulness while floating through the chlorine in the sun. Unthinking, he dozes off on his air mattress… A little while later, he wakes up with an unpleasant surprise: an overeager colleague has already pulled the plug and the water has dropped drastically. How does he get out? What about his insulin syringes? Luckily he has two days respite, but will this be enough though? He starts screaming and shouting with all his might. But the only living creature that answers is one of the reptilian kind. If you though it couldn’t get any worse, wait until the alligator creeps out of the drainage… One of the surprises this year comes out of Thailand. Twelve years ago, the director Ping Lumpraleng came upon such pool while scouting for locations. He wondered what it would feel like to be stuck in a deserted and empty swimming pool. The result is a chilling and claustrophobic thriller. You’ll think twice before drowsing off in a pool…