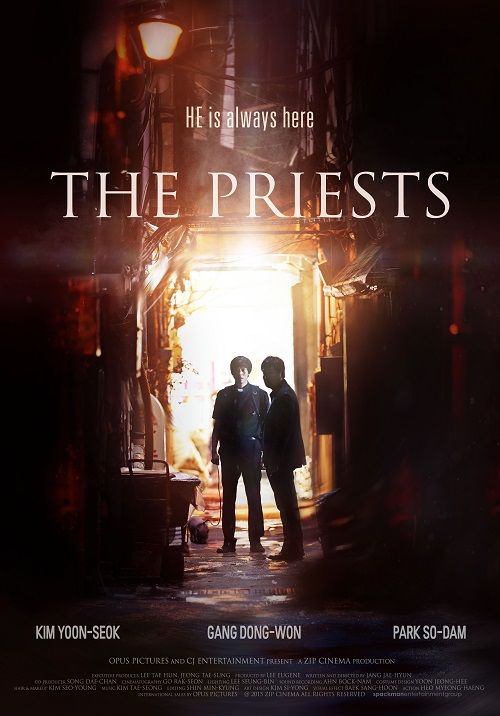 Choi is not exactly the most devoted priest-in-training of Seoul. To him the search for holiness is more a halftime calling than a fulltime duty. And yet he’s chosen as the new assistant of Father Kim, the enfant terrible of the Korean clergy. Wherever there are signs of demonic possession, Kim will be there to drive out the evil. But when the limits between exorcism and harassment become blurred, his superiors decide to send a spy to secretly film Kim’s transgressions. And that person is Choi. You can imagine he’s not very enthusiastic about his task, especially as his new boss has worn down every assistant before him. When they’re facing the victim in question, Choi thinks this can be arranged with a few Hail Mary’s and some holy water, but the Evil One has other plans.

Apparently William Friedkin raised the bar for any movie about exorcism so high, that the genre seemed destined for a slow dead through watered down found footage franchises. But ultimately everything is all about keeping the faith and redemption has arrived with the debut feature of Jang Jae-hyung. Priests is refreshing, bold, socially relevant and diabolically frightening. With Kim Yun-seok (The Chaser) and Kang Dong-won (Kundo) in the leads.