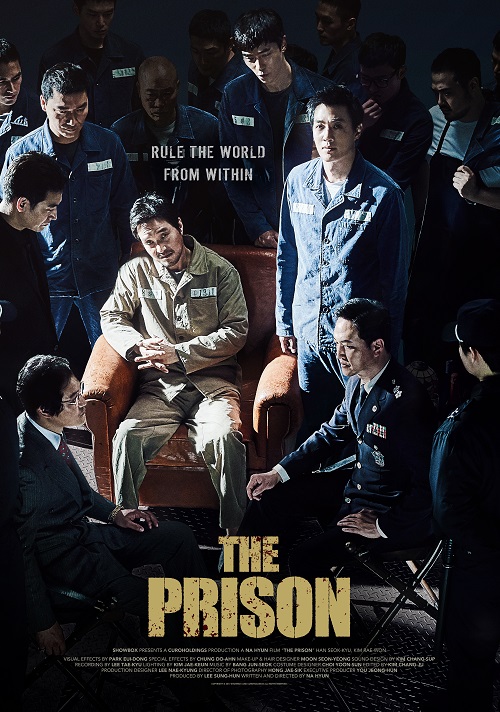 At first sight it’s not a bad thing that Yu-gon recognizes so many faces in the high security prison to which he got transferred. Except that most of them are in jail because he’s the one who put them there. In a previous career he was an overzealous cop. From the moment he gets out of the van, his old friends are all itching to teach him a lesson. In stead of crawling into a corner and trying to become invisible, Yu-gon meets the challenge with open arms. He doesn’t avoid any confrontation and it’s only when his head is put into a bench vise that he calms down a little. He has drawn the attention of prison kingpin Ik-ho, a psychopath who has a reputation for eating the eyes of his enemies. Yu-gon accepts the offer he can’t refuse and joins Ik-ho’s gang. He soon finds out that his new boss not only controls the entire prison, but also has the guards and the warden in his pocket. Every night, the doors open so that the inmates can continue their life of crime in the outside world. The more testosterone there is behind bars, the higher the tension. Prisons have always been great places for thrillers (Brubaker, Oz, Lock Up). This time it’s up to the Koreans and their mastery of cinematography and scriptwriting to lift the prison thriller to a higher level. Na Hyeon’s latest film was sold all over the world, but because our Korean friends have a weak spot for the BIFFF, they gave us the world premiere of this gem, starring Han Suk-yu (The Berlin File) and Kim Rae-won (Gangnam Blues).