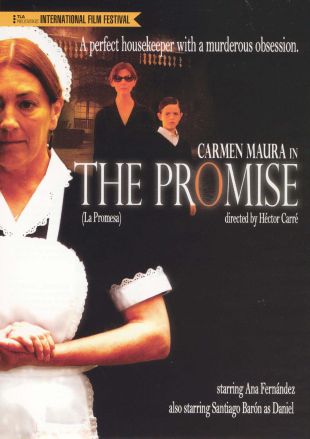 A tired marriage, an insensitive, aggressive husband, the absence of children and an irrational and sickly attachment to religion constitute the tormented life of Gregoria. Nevertheless, a chance encounter with a man who has narrowly escaped death will offer her a way out. His words, filled with hope, give her the courage to change her destiny. After a violent encounter with her husband, she flees to Northern Spain and assumes a new identity. Now called Celia, she finds work as a nanny to the only son of a rich Galician family. Rumors about the house and inexplicable appearances gradually invade Celia’s world. Tormented by ghosts and her own paranoia, she resolves to protect the boy. What Celia doesn’t know, is that the true danger doesn’t lie in those around her, but in herself. Galician director Hector Carré already delivered his calling card to the festival in 1998 with his second feature Give Me Something. This year, he’s back with the psychological thriller The Promise. Carmen Maura (Women on the Verge of a Nervous Breakdown, In Heaven as on Earth, Commonwealth), the grand lady of Spanish cinema, gives a powerful performance as a woman falling prey to her religious psychosis. She’s supported by Ana Fernandez (Solas, Talk to Her, Tanger) and Juan Francisco Margallo (November, Flying Saucers).