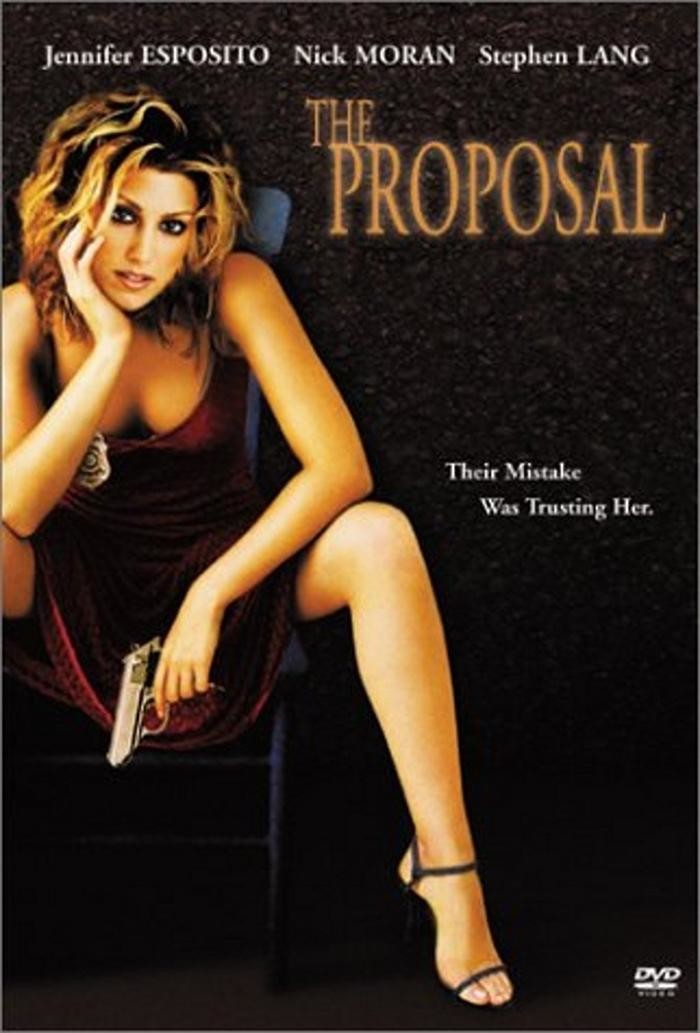 An undercover cop needs the complicity of a woman for a night on a dangerous assignment involving a crime boss. A tough, beautiful police woman volunteers for the job. But as the assignment goes on, she becomes a little too friendly with the crime boss and his seductive world. Drawn into the undercover world, she becomes the object of her partner’s affection and the target of the crime boss’ lust. The FBI is closing in. Who can be trusted ? Between the deception and the danger, two cops let the job get personal. When your life is on the line, never turn your back, never show your fear and never fall in love. The Proposal, the debut long feature of directorscreenwriter Richard Gale is a tense police thriller that gives the talented cast the opportunity to excel on the screen. Nick Moran (Lock, Stock & Two Smoking Barrels) plays the undercover cop. His tough colleague and object of affection is portrayed by the desirable Jennifer Esposito (He Got Game, Summer of Sam). The crime boss is a part by Stephen Lang (Shadow Conspiracy, Tombstone) and, talking about type-casting, the F.B.I. joins the party with William B. Davis, the X-Files’ “Cancer Man”.