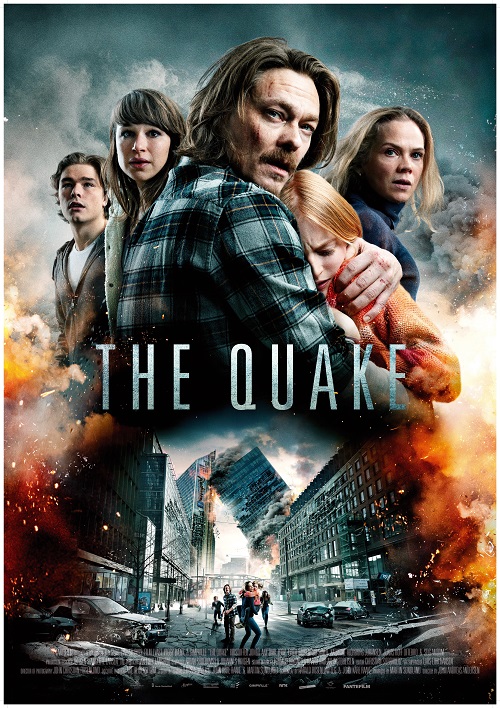 1904. An earthquake makes Norway shake on its foundations until almost nothing remains. More than a hundred years later, this is about to happen again. At least, if you want to believe Kristian, a scientist who suffers from PTSD after his last prediction became reality. His warnings to the government fall on deaf ears. And it gets worse when he’s contacted by a like-minded scientist who dies soon after in mysterious circumstances. If that’s not enough, Kristian is also coping with divorce and has a difficult relationship with his children after they narrowly survived the tsunami he so accurately had predicted. When the Norwegian earth starts to tremble, the entire family is located in a dangerously designed office block. So Kristian was right, but will they make it out alive…? More than a century ago, Norway was the victim of a catastrophic earthquake that was the inspiration of this sequel to nail biter THE WAVE (BIFFF 2016), where a tsunami flattened an entire valley. This disaster movie takes us to Oslo. The peculiar architecture of a giant office building is the setting for the perils of Kristian and his family. Don’t get too comfortable in your seats, because the ground might disappear from under your feet.