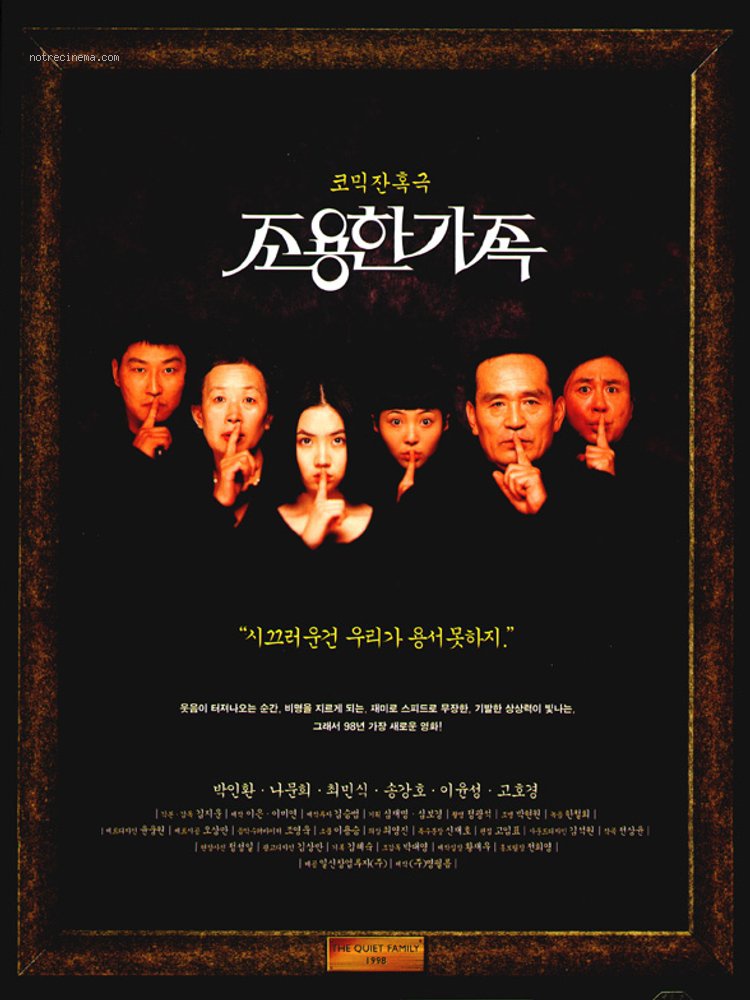 After father gets fired from the company, his family decides to run the Mount lodge, a guest house in the suburbs of Seoul. Unlike the initial expectation of getting flooded with lodgers, the mansion remains empty for days. As a result, the family starts to get very nervous. And Mina, the youngest daughter, is upset by the strange noise at night and the ominous omen of an odd old woman. At last, two weeks after the opening, the first guest appears. Excited, the family spoils him excessively. However, the following day the guest is found dead in his room and the family has to bury him to avoid any risk of ruining their business. The next guests are a couple who commit double suicide and, consequently, the family has to bury them again. After a while, the family gets used to the digging, but there’s a new menace on the horizon. The bodies are in danger of being dug up by the advancing road construction works beside the guesthouse. To make things worse, the head of the village gets involved in the conspiracy.
The Quiet Family, nicknamed a “ruthless comedy” by director Kim Ji-Woon, is not the kind of film that would fit in the diet of soap operas, comedies and action movies that Korean and Asian audiences are used to. This black horror comedy walks a tight rope between tension and laughter. And Kim Ji-Woon, who also took a writing credit, has injected his long feature debut with some potent social critic. The film deals with the conflicts between generations – each member of the family represents a distinctive generation that is at odds with the others – and with the obsession of accepted members of society towards outsiders. When you loose your job, you become an outcast. The family have isolated themselves from the mainstream of hectic modern life and the unfortunate lodgers they receive are the wreckage of a society adrift. And it all takes place in the cramped space of the guest house. The Quiet Family, a cross between the haunted house and a cruel dark satire, is truly a very unusual Korean film that is worth seeing.