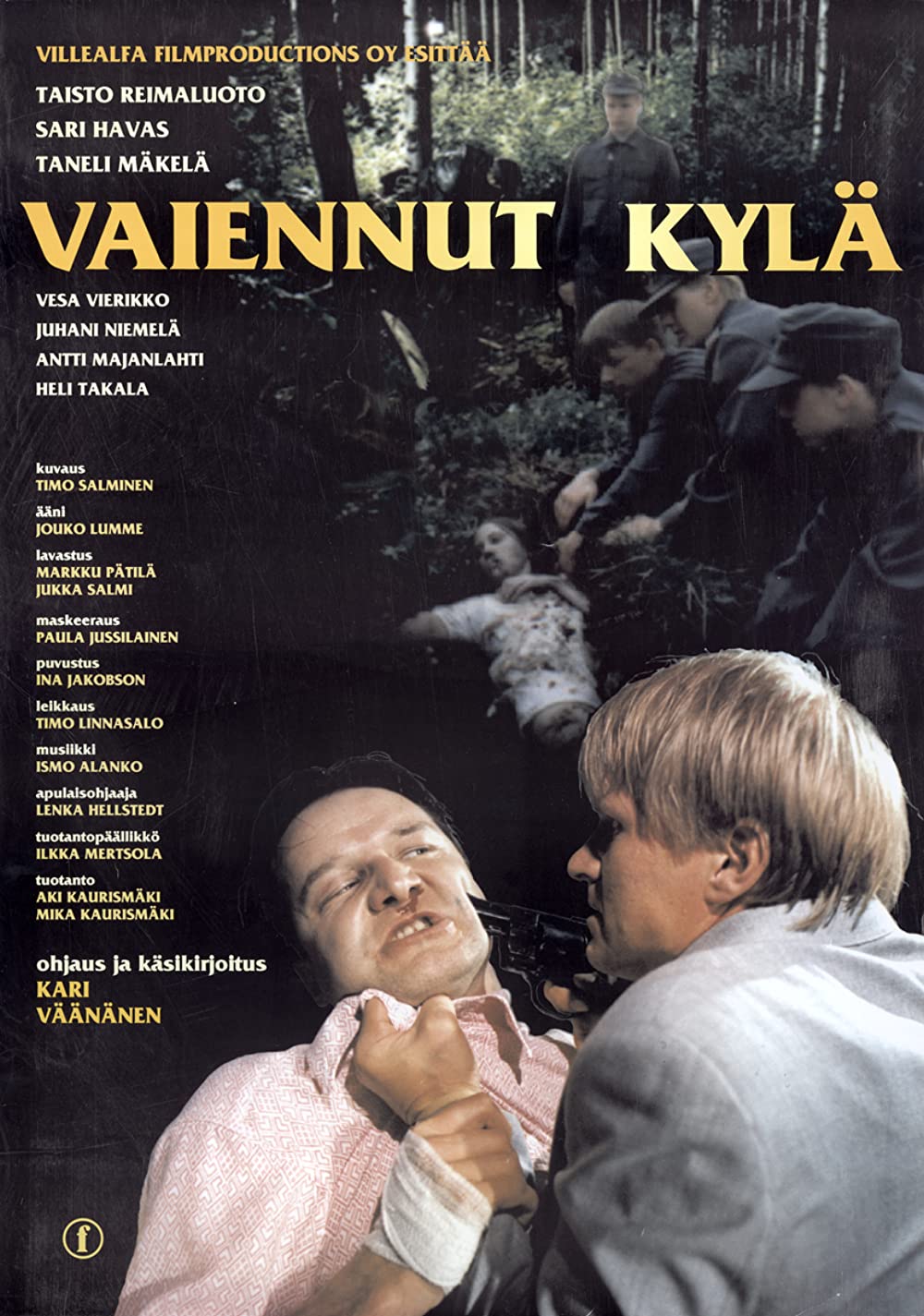 A young police detective comes to a remote village in the wilderness to investigate a murder that has remained unsolved for too long. The senior investigator previously attached to the case has resigned for reasons of health. The new detective is determined to crack the case, by force if necessary. It’s not surprising, therefore, that things start to proceed in a violent way as the detective confronts the secretive and hostile villagers. Even though he is officially suspended from his police duties, the detective obsessively pursues his target, drawing him very close to the line where looking for guilty parties should begin with a peep in the mirror and personal revenge becomes a more driving motive than dispensing justice.
Finnish actor Kari Väänänen (Amazon by Mika Kaurismäki, La Vie de Bohème and Drifting Clouds by Aki Kaurismäki) went to Stockholm on a business trip in 1994. There he met a stranger who asked him if he remembered the death of Kyllikki Saari, a girl who was murdered in highly mysterious circumstances. Väänänen was born in the same year as the murder took place, and thus followed through his entire youth the numerous explanations and speculations about it in the papers. Intrigued by the stranger, who lived in Kyllikki’s village at the time of the murder and claimed to know the murderer’s identity, Väänänen listened to his story. He decided to make a movie about it.