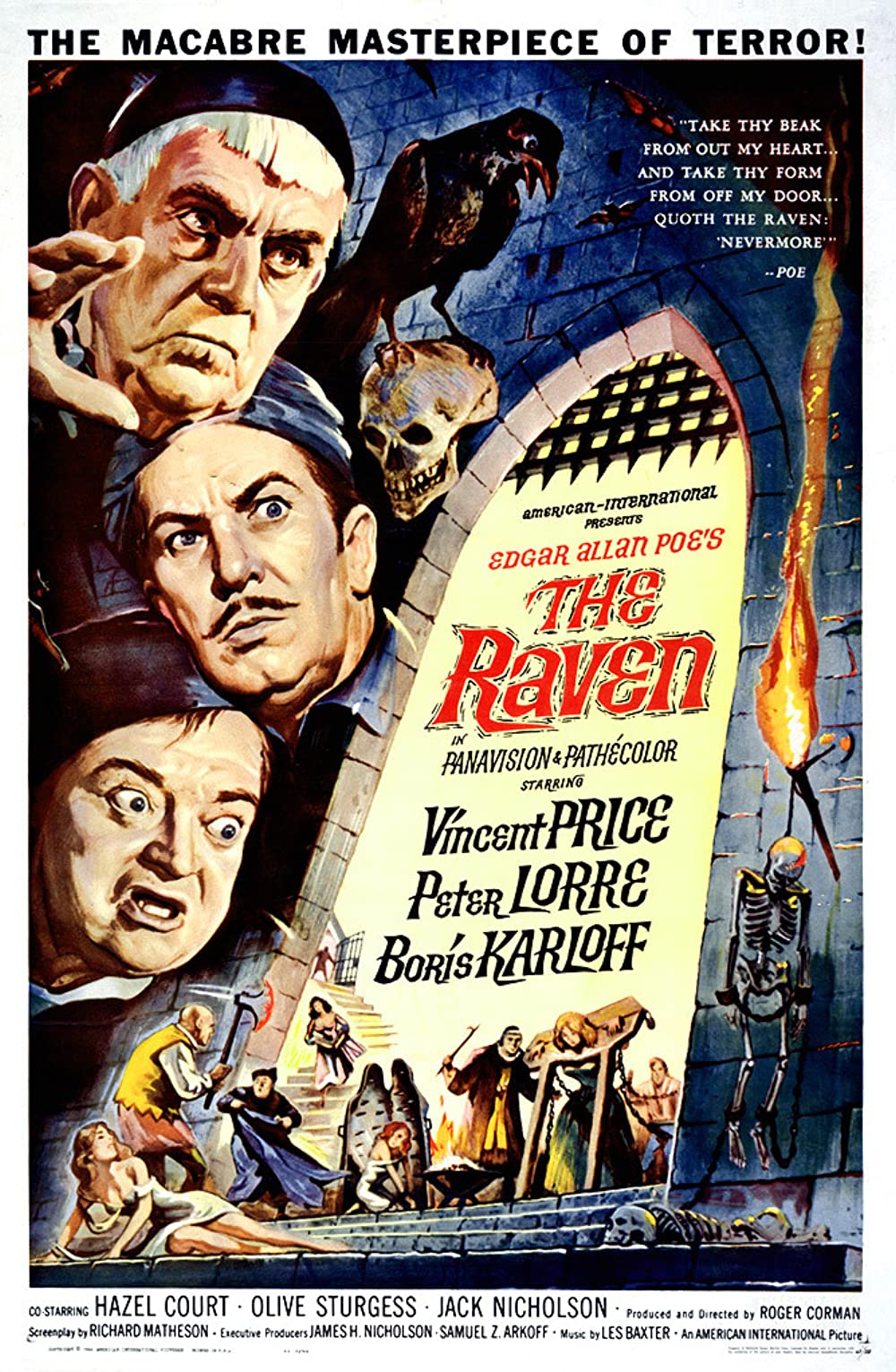 THE RAVEN by Roger Corman

“And the Raven, never flitting, still is sitting, still is sitting on the pallid bust of Pallas just above my chamber door; and his eyes have all the seeming of a demon’s that is dreaming, and the lamp-light o’er him streaming throws his shadow on the floor; and my soul from out that shadow that lies floating on the floor shall be lifted—nevermore!” Edgar Allan Poe.
Loosely and “iconoclasticly” based on the well-known poem from the author who wrote “Tales of the Grotesque and Arabesque”, Roger Corman (“The Fall of the House of Usher”, “The Masque of the Red Death”, “The Haunted Palace”) and his old friend and screenwriter Richard Matheson are going for a parody.
The story is (too!) simple, but it stars three well-known actors that are as rogue as their careers. We have Boris Karloff, who has worked a lot in the horror genre since “Frankenstein”, Vincent Price and a mocking stare on his British, gentleman face and Peter Lorre, even greater than when he played in “M” and “The Maltese Falcon”. The three of them happily go above and beyond, obviously respecting the original script only once in a while. That kind of bond is on the verge of a brilliant idea—and that is truly fascinating for the audience!