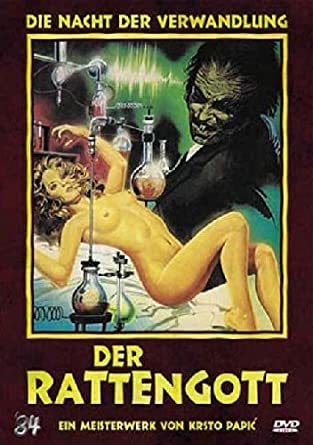 In the 30s, a young failed novelist is kicked out of his house. It’s the Great Depression: unemployment and the plague are spreading in the city. Well, the Great Depression is spreading across Europe too. The young man meets a former friend who will suggest that he take up residence in an abandoned bank, but only for a night or two.
He goes into the sewers and once he has arrived at the place, he hears music: it is a banquet and men with rat-shaped faces are dancing around a table. The guests are praising their “savior” and find out that the young man is here, so he runs away…
The next days, he returns to the place accompanied by the police and will look around for traces of the banquet, with no success… Little by little, he will realize that a strange underground world exists, filled with worrying creatures…
“The Rat Savior” (or “The Redeemer”), an adaptation of the Russian novel by Alexander Grin, is a suspenseful movie where adventure meets fantasy. It is the 5th feature film by the Yugoslav director Krsto Papić, whose movie “Handcuffs” has been awarded the Silver Hugo at the Chicago International Film Festival.