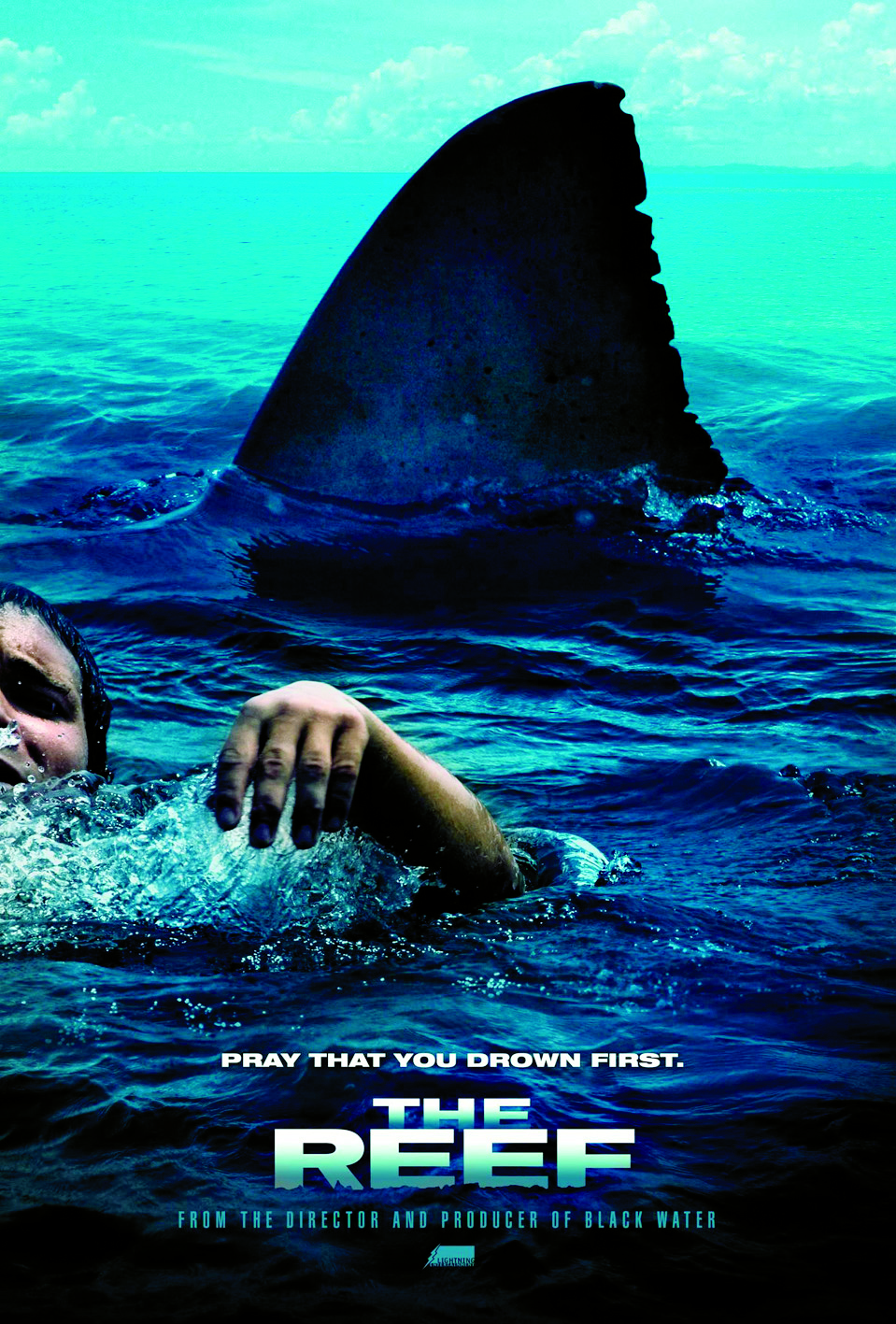 A bunch of friends decide to sail along Queensland’s tropical shores : turquoise water, white sand, palm trees, sun lotion with protection factor 50… Paradise ! After their yacht hits a reef and overturns, our cheerful fellows are a bit less enthusiastic as they find themselves adrift, heading towards the big blue. Luke, the brightest of the bunch, suggests swimming to the nearest island to avoid getting grilled by the hammering sun. According to him, sharks rarely attack humans. So, don’t panic! But what they don’t know is that an 18-feet long great white shark wants to be the exception to this rule. You really need some cohones to make a shark movie after Jaws or the more recent Open Water. It certainly didn’t frighten Andrew Traucki. The fact that he scared us into the trees three years ago with Black Water, starring a giant crocodile with an insatiable appetite, might have had something to do with it. And it has to be said. Traucki has succeeded in scaring us out of the water. The Reef is beautifully shot, with effective editing and a haunting soundtrack boosting the tension meter into the red. By the way, the movie’s based on actual events. Party poopers who want to know who survived, may now surf to wikipedia, the others are welcome to get their thrills at the Bifff.