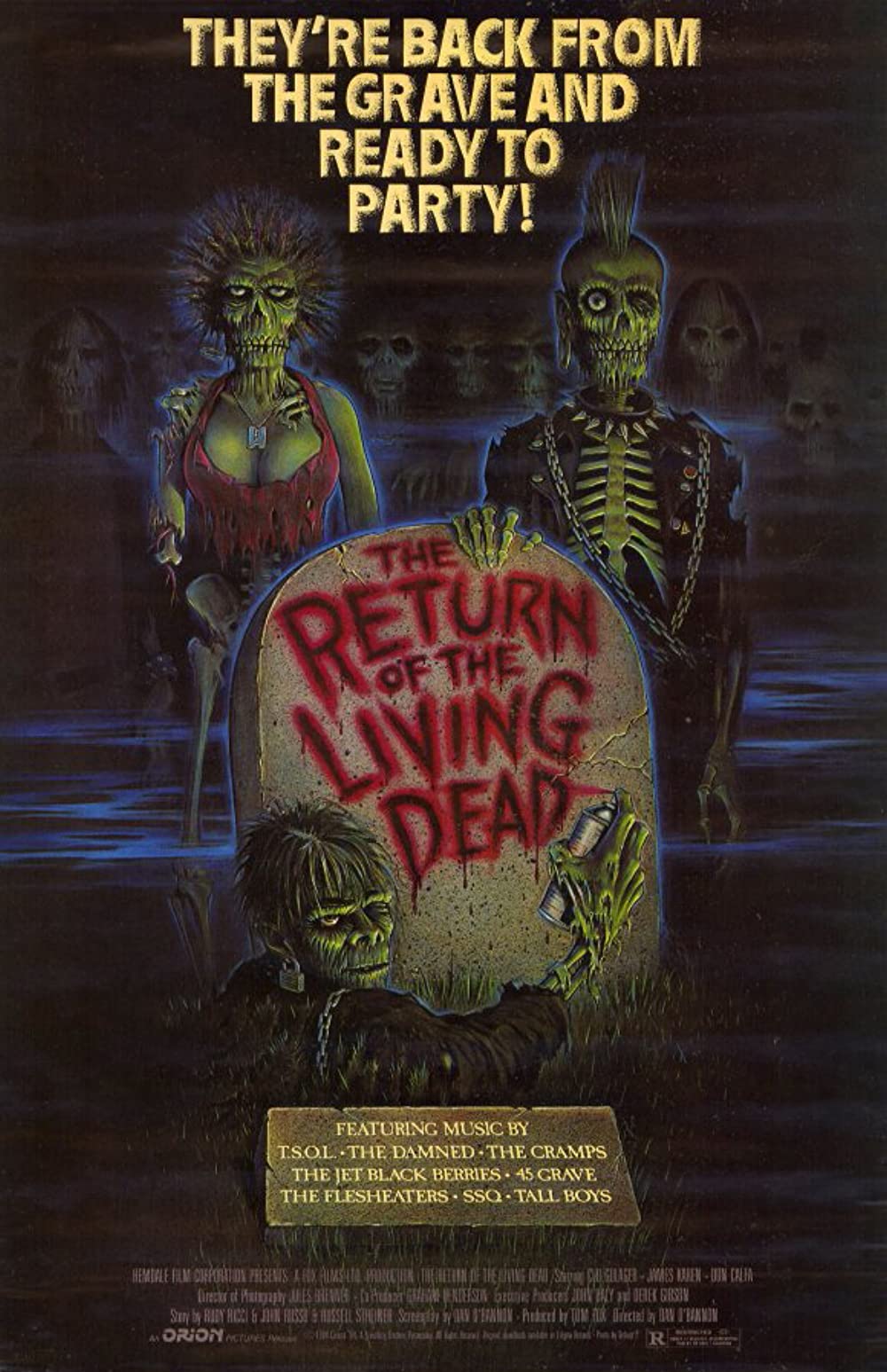 THE RETURN OF THE LIVING DEAD

1966. A chemical poisonous cloud settles over a graveyard of old-veterans in Kentucky. A little over a dozen affected corpses come back to life, crawling out from under their tombstone and start their second youth. But the military intercepts them, locks them into metal containers and secretly stows them away in a warehouse for medical waste, where they are still to be found to this day.
Dan O’Bannon wrote the script for two of the most original Science fiction films of the last years: Alien and Dark Star, and now releases his first long motion picture. Driven by a passion for fantastic and horror, we find a sinister and nihilist sense of humour in all the pictures he collaborated with, and it peaks in Return of the Living Dead. He is also assisted by Bill Munns (Brainstorm and The Beastmaster), one of the greatest experts on prosthesis and special make-up, and by his stage-builder Bill Stout (Conan 1 & 2, Rambo).