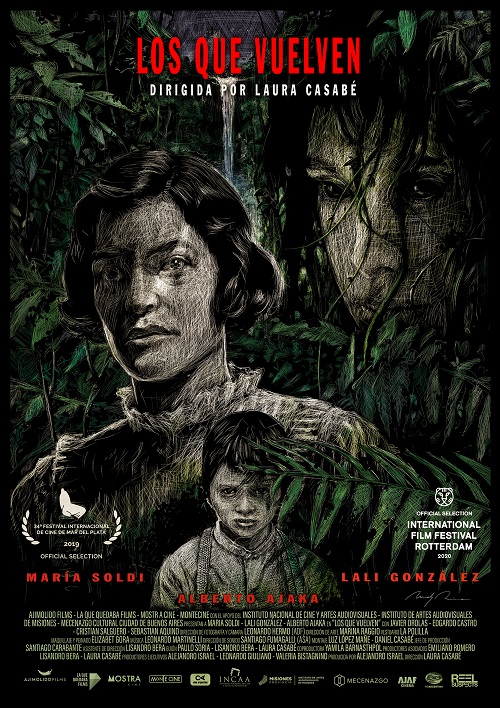 The Returned by Laura Casabé

South America, 1919. We’re at the mate plantation of some rich Spanish colonialists who exploit the native Guaraní in order to ship the goods to Europa. Julia, the wife of a landowner, is expecting a son, but the child is stillborn. Desperately she turns to her Indian maid, Kerena, who believes in Iguazú, the mythical Mother of Day and Night. Her magical powers could perhaps bring her son back to life? Kerena warns her not to disturb the Mother, but Julia doesn’t listen. The child returns – admittedly with a couple of quirks – but he’s not alone… Laura Casabé has already been at the BIFFF – in 2016, for her feature debut BENAVIDEZ’S CASE – and returns with an entirely different beast: an atmospheric, alienating slow burner that gave us the heebie-jeebies. In terms of vibe – and that terrorizing shade of black! – we were reminded of UNDER THE SKIN, but instead of an alien in Glasgow you get angry native people revolting against their ‘civilized’ oppressor. The jungle itself, magnificent, dense and claustrophobic, seems to resist: the Western colonialists don’t stand a chance in this environment. In these dark times for nature and native people in Latin America (Bolivia, Brazil, …), it’s fantastic to see them take revenge, at least on the big screen.