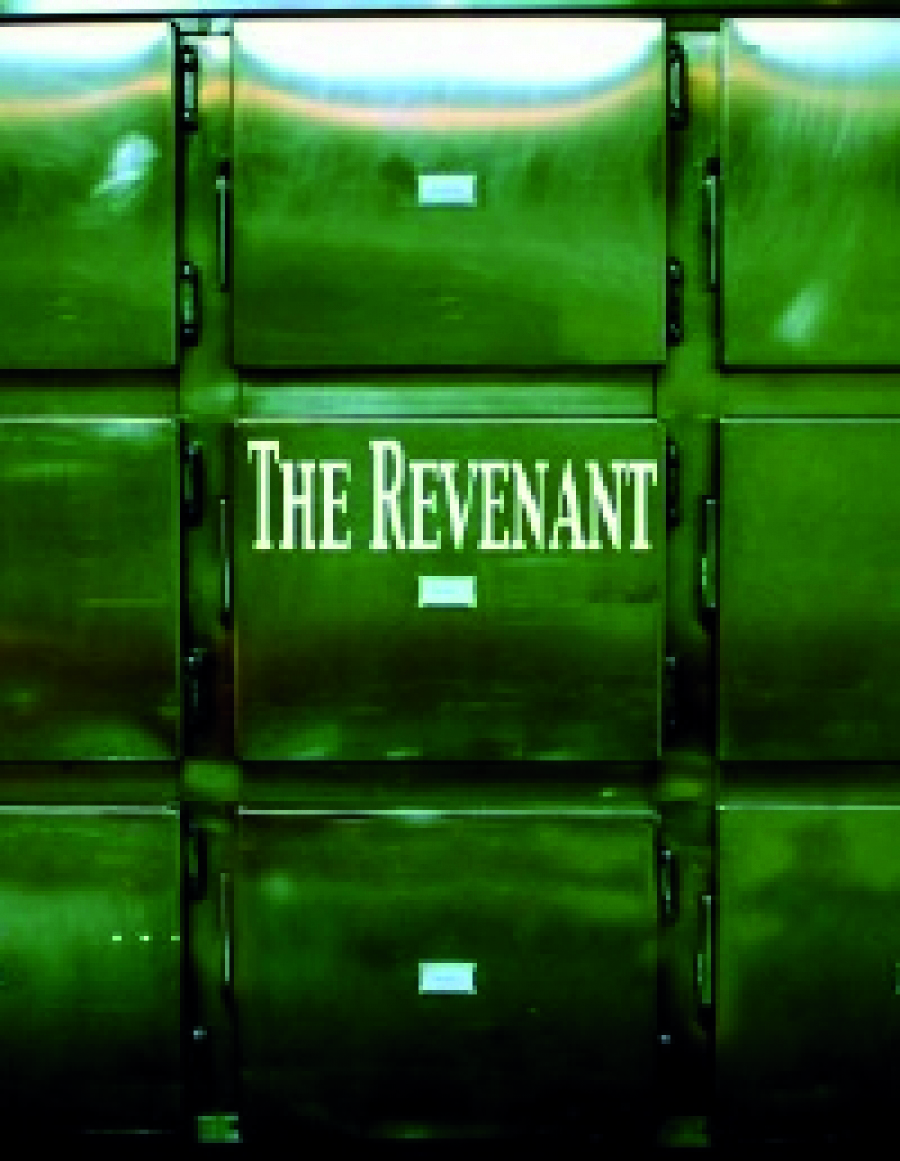 THE REVENANT by D. Kerry Prior

Bart comes back from Iraq in a coffin. While his girlfriend finds comfort with his best friend Joey and her best friend Mathilda, Bart rises from the grave. Stinking, rotting and completely disoriented, he stumbles to Joey’s flat, wondering how he managed to outsmart death. It soon becomes clear that Bart can no longer digest normal food. Joey asks Mathilda, who happens to be a wicca, what’s wrong with him. Bart turns out to be a revenant, a mix between a vampire and a zombie, who needs blood to stop his body from decaying. When the two friends accidentally kill a convenience store robber, they stumble upon a rich food source for Bart. Dressed as two self-styled vigilantes, they hit the nocturnal streets of LA in search of blood and justice. What would you get if you would put Near Dark, Innocent Blood and The Addiction in a cocktail shaker ? Chances are it would be The Revenant, an original and funny horror picture from Kerry Prior, that already picked up lots of awards on the festival circuit. There’s lots of fun in seeing how Bart, with much trial and error, learns the rules of his new condition. The beating heart of The Revenant is the interaction between the two friends Bart en Joey, great parts of Heroes and 24 villain David Anders and Chris Wylde ( Space Cowboys, Evolution ). Once the duo starts creating havoc as two zombie-like Charles Bronson’s, prepare yourselves for something you haven’t seen yet in a horror film.