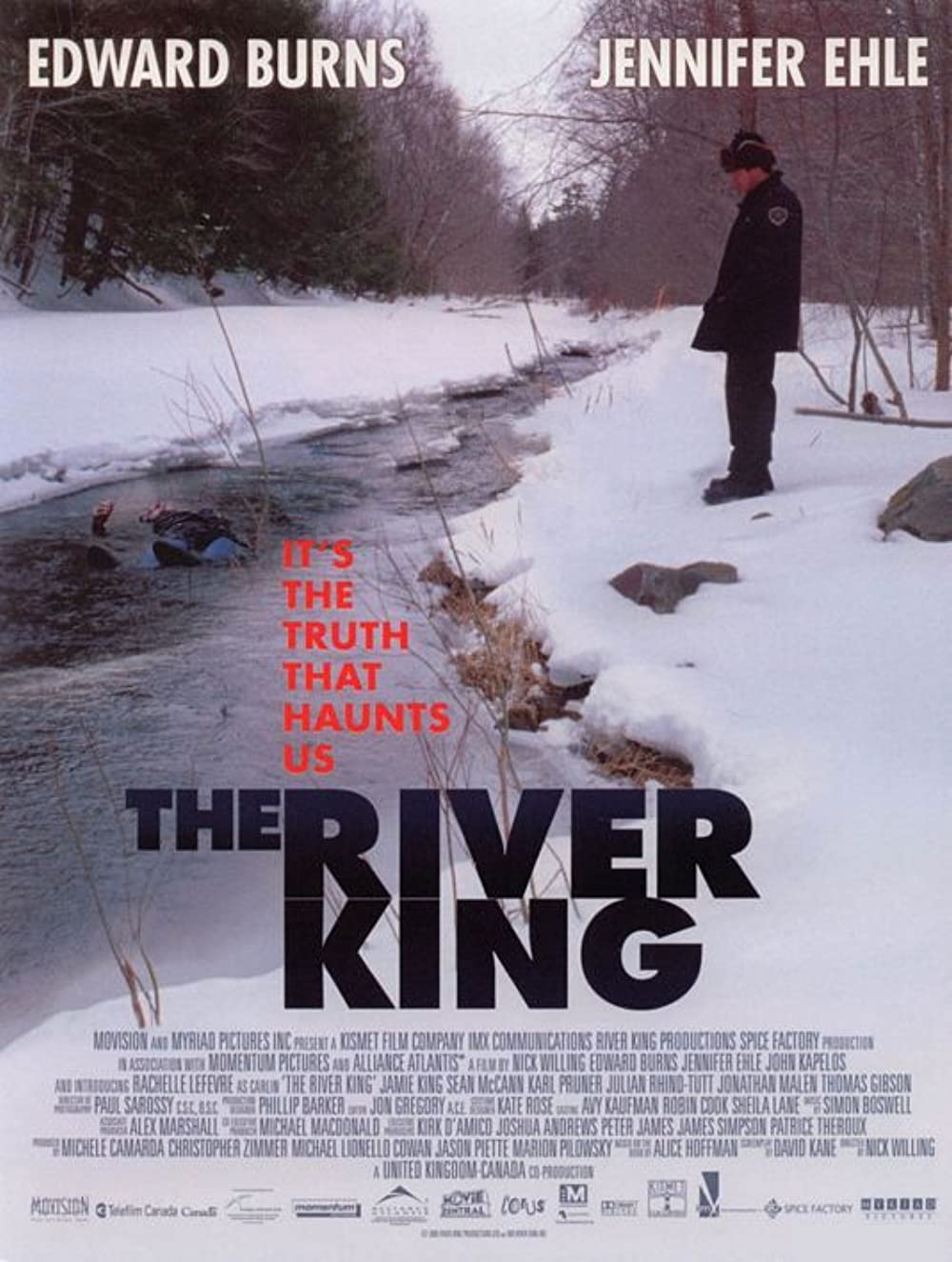 Detective Abel Grey is sent to investigate the death of a boy from an exclusive local school, whose body was found floating in the river. Fearing scandal, the school insists it was suicide. But after discovering from the boy’s girlfriend, Carlin, that he was being badly bullied, Abel suspects that a dangerous schoolboy initiation has gone horribly wrong. He secretly solicits the help of a sympathetic teacher, Betsy. He’s warned off the investigation by his boss, as the school is a generous donator to the police benevolent fund. Abel however cannot let the case go, not only because his own brother committed suicide years ago. It also seems that the spirit of the dead boy is leaving them clues as to what really happened that night. After Photographing Fairies ( 1997 ) and Dr. Sleep ( 2002 ), Nick Willing returns to the Bifff with The River King. This atmospheric supernatural thriller is an adaptation of the best-selling novel by Alice Hoffman. Willing tells his story through ghosts and flashbacks, with a very assured cinematic design, allowing us to see things through the eyes of Abel Grey, an impressive performance by actor-director Edward Burns ( The Brothers Mc- Mullen, Saving Private Ryan, 15 Minutes ). With brilliant cinematography by Paul Sarossy ( Affliction, Sweet Hereafter ) and a haunting score by Simon Boswell ( Dust Devil, Shallow Grave, Dr. Sleep ).