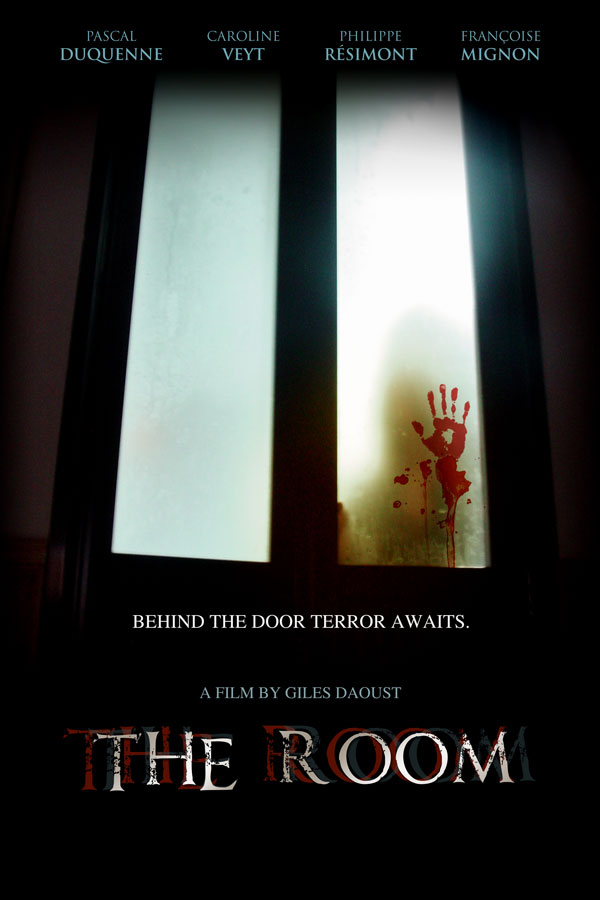 Alex is a mentally handicapped man, stuck in a wheelchair after a mysterious fall down the stairs. He’s traumatized by his parents; Max a frustrated composer, prone to violent behavior, and the cold and hysteric Marie. Alex’s only friend is his sister Melinda, who’s been taking care of him for years. But Melinda is about to give birth to a baby of an unknown father and wants to leave the house. Just then, at the peak of the family crisis, a door appears in the house, at a place where there was nothing before. Everyone who enters, disappears with a terrifying scream. The family discovers that they are trapped in the house. Every exit seems unnaturally locked, with the exception of the door. One by one, they will enter a room where they’ll have to face their most terrible secrets. The fantasy thriller The Room is the second long feature of promising Belgian director Giles Daoust, whose debut, Last Night on Earth, was nominated for a Hollywood Discovery Award. For the lead, he managed to lure Pascal Duquenne back to the big screen, ten years after winning the Cannes Best Actor Prize for The Eight Day. Together with its memorable dysfunctional family, The Room will take you on a fantastic journey to the Belgian Twilight Zone.