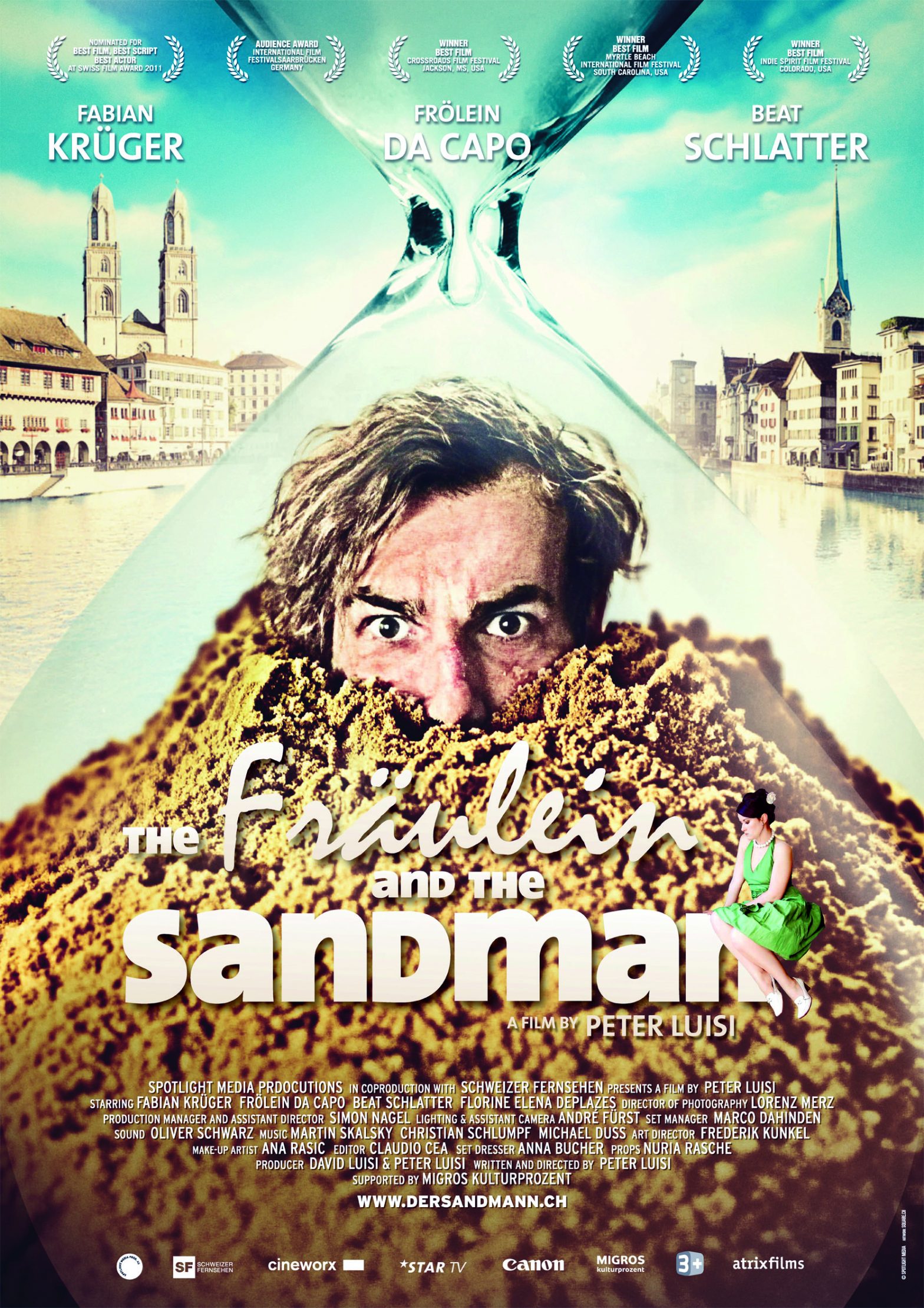 Benno is not at all like the Sandman from the Chordettes’ classical song ( Mr Sandman, bring me a dream… pom, pom, pom, pom ). He’s an egomaniac with a job at a stamp store that consists in ripping off clients who don’t realise the value of the collections they inherited from their deceased family members. One morning he wakes up with sand in his bed. Even worse, Benno turns into a real walking sand tank. In his troubled sleep he has a nightmare and a love affair with his downstairs neighbor, whom he intensly despises for keeping him awake with her singing at night. The pile of sand grows every time he closes his eyes, and the calmer he tries to be, the stronger the stream of sand. And it get worse ! Because the sand has magical properties. When Benno finds himself in a situation he can’t control, he throws it in the face of the persons in front of him and makes them believe that the whole thing was just a dream. A useful tool against your enemies or a curse ? The Sandman is a deliciously surreal comedy from Swiss director Peter Luisi that already won 14 movie awards. Its title doesn’t only refer to the man of sand that the main character is slowly becoming, but also to the mythical Sandman of the fairytales. With lots of humor and imagination, Luisi sweeps us of our feet in this absurd story that could be called the European counterpart of Eternal Sunshine of the Spotless Mind !