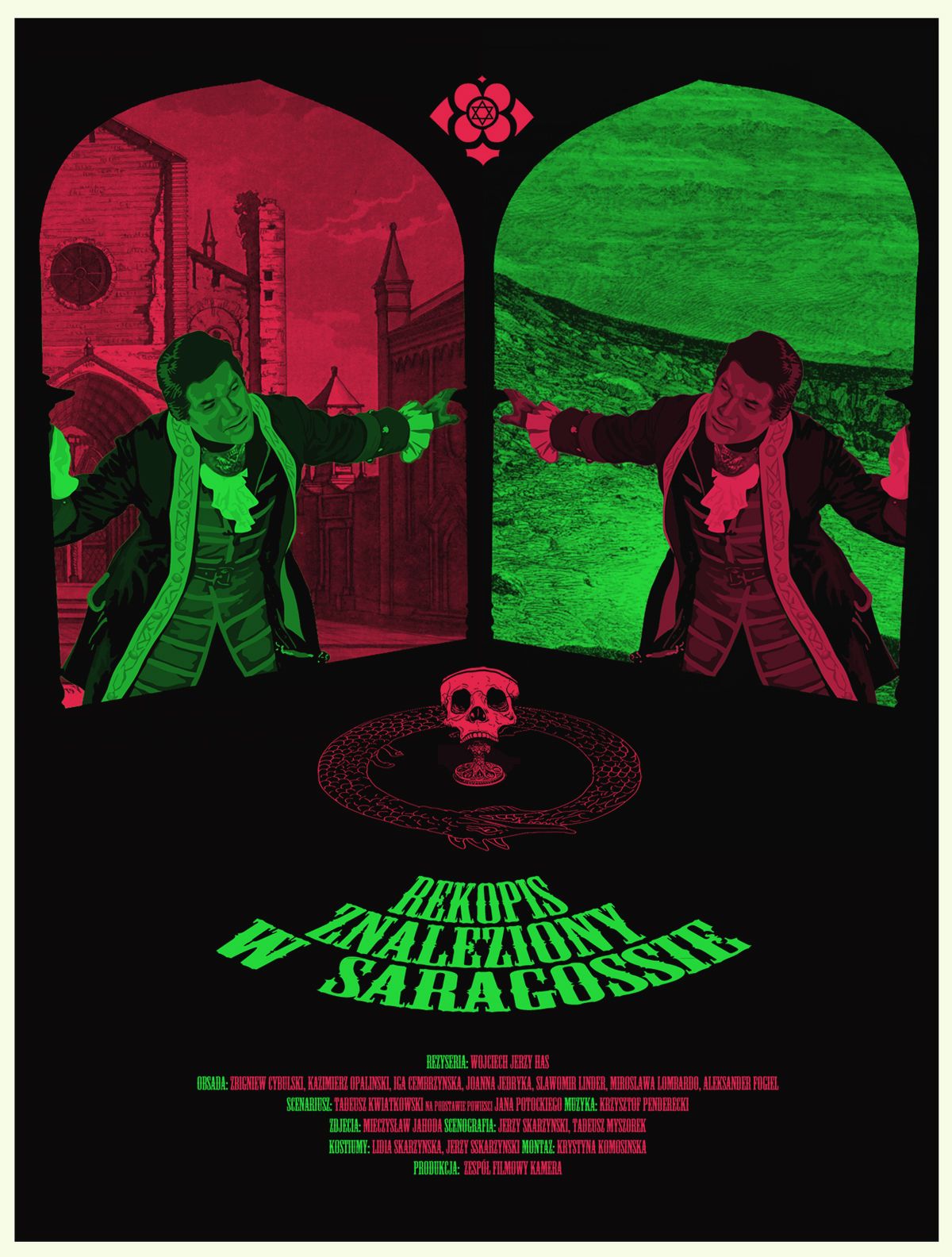 The Saragossa Manuscript, based on the picaresque novel by count Jean Potocki (aristocrat and adventurer) is directly inspired by historic events in Saragossa. It is a very unusual and enigmatic film with stories within stories. The action is situated in Spain at the beginning of the 19th century, a time that was very fertile for mysterious and fantastic stories. The film tells about an encounter between a man and two strange sisters who take him to an abandoned tavern in the Despenaperros. They offer him love and access to the world of the occult.