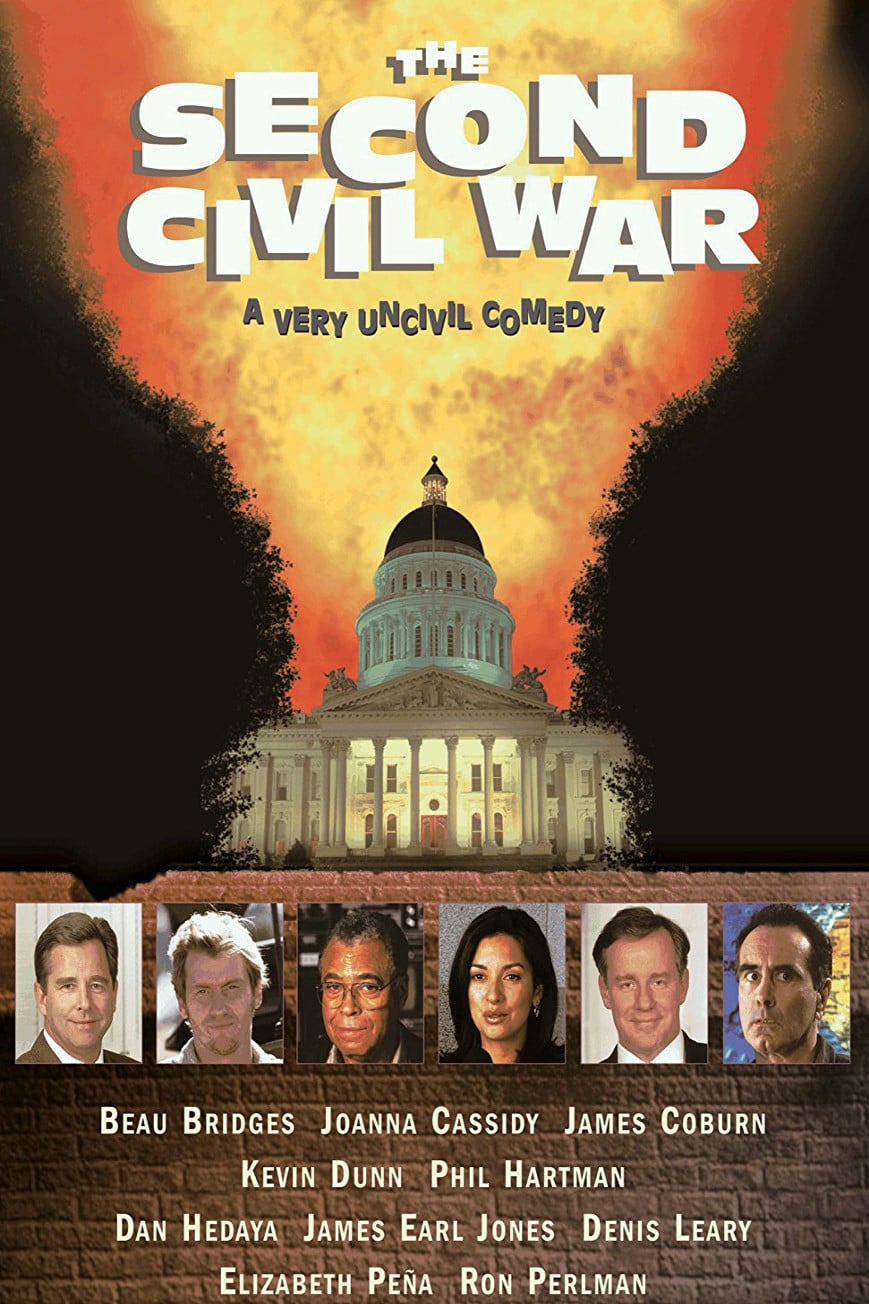 A nuclear war has broken out between Pakistan and India and a planeload of orphans arrives from Islamabad headed for Idaho. Welcoming the wretched of the earth has always been a cornerstone of American policy: the United States is a country built on successive waves of immigration. But not anymore: the golden door has slammed shut, in Idaho anyway. The state governor, a one-time liberal, senses the shift in prevailing views and, with an eye to re-election, adjusts his own views accordingly. He decides he has had enough of the wave upon wave of immigrants and declares Idaho’s borders closed. As the President sets a deadline for lifting the blockade, the global NewsNet newsreel rushes to cover the breaking story. Anarchy reigns in the streets. It seems that everybody now wants their own territory. Competing ethnic groups scramble to obtain concessions from the President in exchange for supporting him against Idaho in a civil rebellion. The American Dream has finally run amok… and it’s about to be televised as a national prime time news event.
The Second Civil War is written by Martyn Burke, a Canadian-born novelist and film-maker who set out to create a fictional extension of the tensions he had witnessed while making a documentary along the Mexican-Us border. Joe Dante directed this star-studded satire which tackles the whole immigration issue. Beau Bridges, Joanna Cassidy, James Coburn, Kevin Dunn, James Earl Jones, Ron Perlman, Denis Leary and Elizabeth Pena all star in this black comedy.