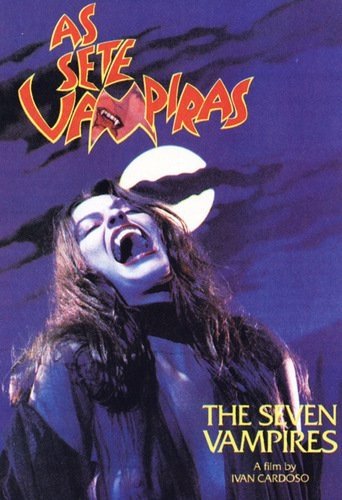 A scientist turned into a vampire is terrorizing the “girls” of a trendy nightclub…
“As sete vampiras” is the first South-American movie that the Brussels International Fantastic Film Festival will screen.
If such numerous and cosmopolite fantastic movies are being screened to a Brazilian public fond of that genre Brazil, unlike other South American nations, has few directors who specialized in the genre. Only the name of Joé Mogica Marins, whose films are considered there as important as the ones of Universal and Hammer, is associated with it.
And that is the name that Ivan Cardoso, director of “As sete vampiras”, is taking credits for. His movie “The Secret of the Mummy”, which was already a respectful yet really enjoyable parody, has won four awards in Brazil.
He sees the fantastic as a quintessential poetic genre.