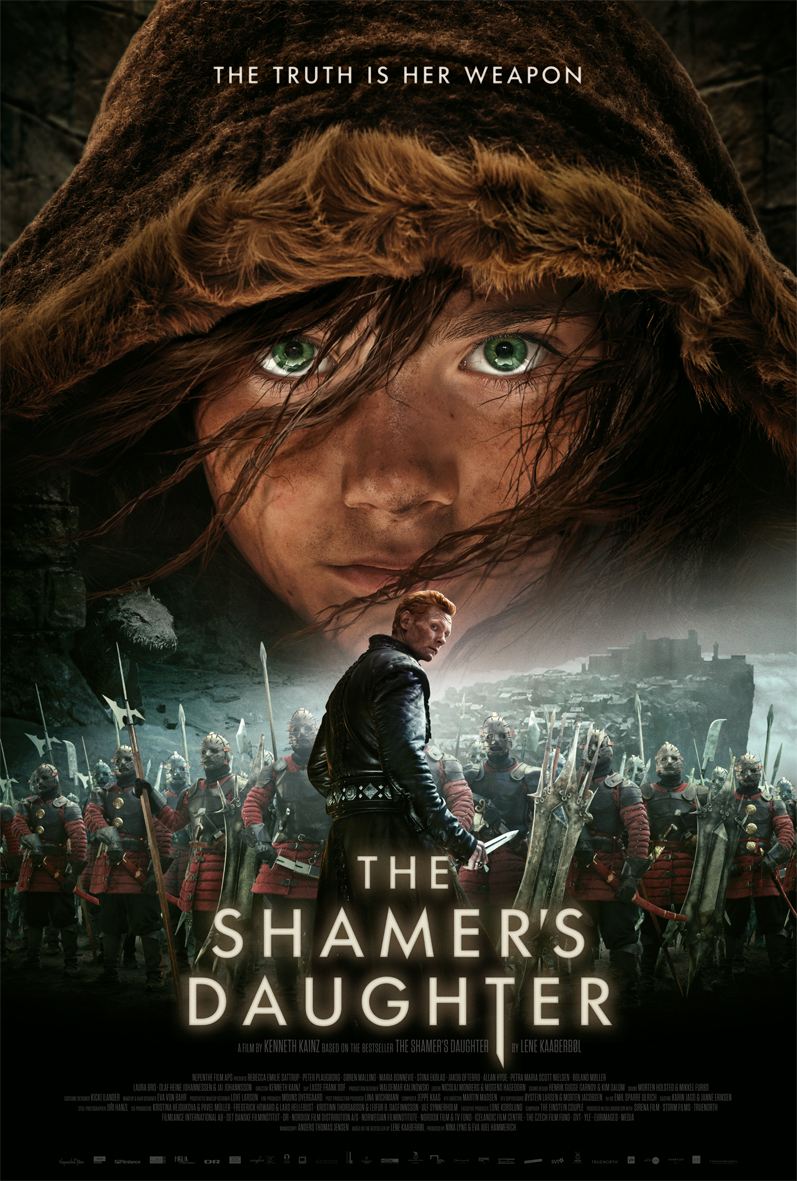 The Shamer’s daughter, Dina, has unwillingly inherited her mother’s supernatural ability. She can look straight into the soul of other people, making them feel ashamed of themselves. When the sole heir to the throne is wrongfully accused of the horrible murders of his family, Dina’s mother is lured to Dunark under false pretenses to make him confess. Neglecting to use her ability for the wrong purposes, she is taken prisoner. It is now up to Dina to uncover the truth of the murders, but soon she finds herself whirled into a dangerous power struggle with her own life at risk. In a world of dragons and witchcraft, Dina and her family are thrown into the adventure of a lifetime in order to put the rightful heir to the Kingdom of Dunark on the Throne.

It was only a matter of time before the popular Danish young adult book series by Lene Kaaberbøl would get the big screen treatment. The Shamer’s Daughter is the adaptation of the first book of the series and the script was written by none other than the great Anders Thomas Jensen (Adam’s Apples, In a Better World, Men & Chicken). Add to that an original storytelling angle, realistic special effects, lovely sets and some fine acting by Sören Malling (Borgen, A Hijacking, Men & Chicken) and Marie Bonnevie (I Am Dina, Reconstruction), and you get an exciting fantasy film that will not only please its teenager target audience.