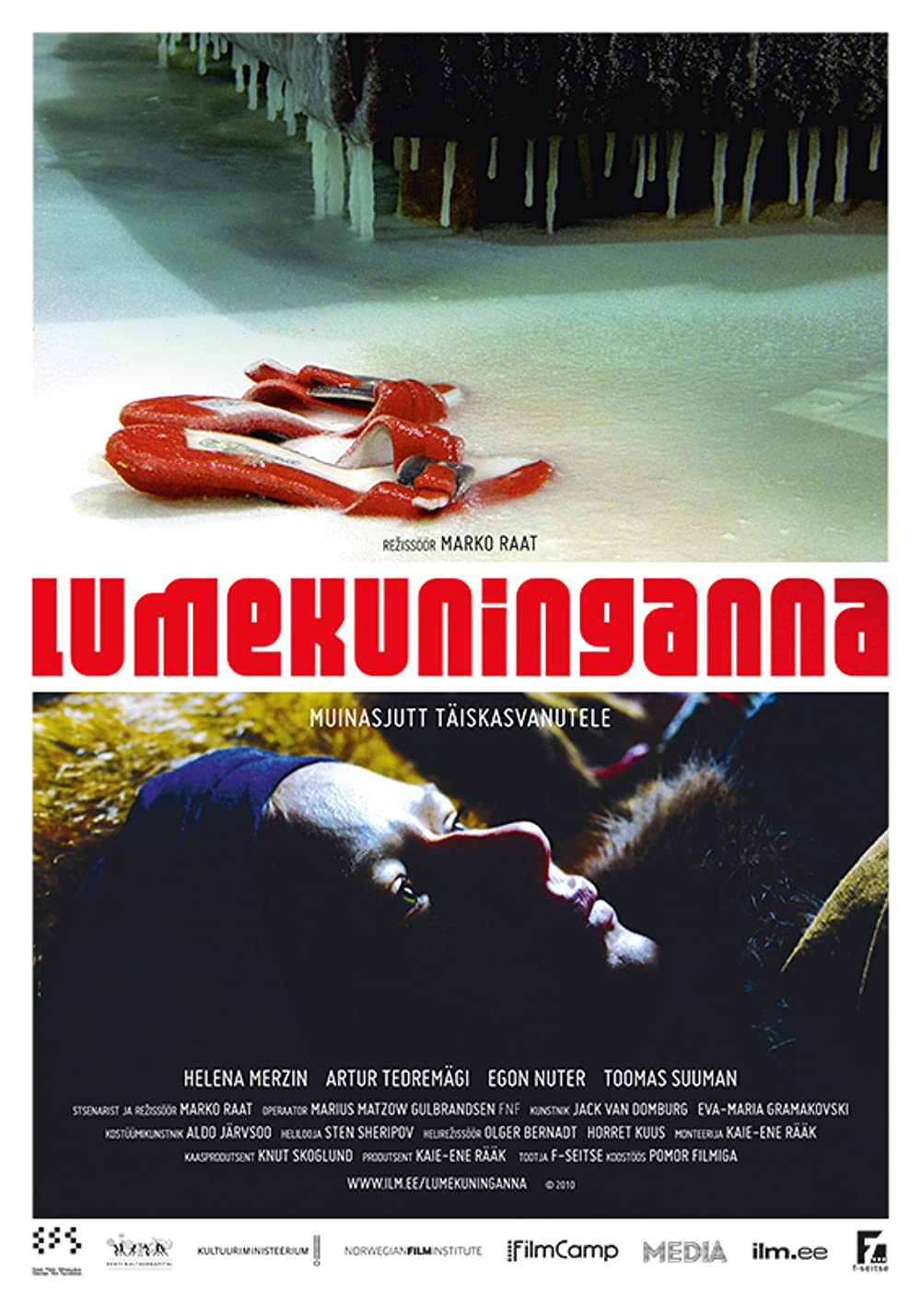 Naine is a terrific vamp who easily attracts male attention, but lately she hasn’t been feeling that well. Her complexion has started to look alarmingly like Bukowski’s liver ; her appetite is as ravenous as an anorexic in front of a juicy quarter pounder and she feels depressed as hell. Naine decides to build an ice palace for herself in the middle of nowhere – an attempt at doit- yourself cryogenics, in short – and will lure Jasper, a clumsy young boy, into her gloomy freezer. The hold of his new queen of hearts is going to be so powerful that Jasper will slowly lose himself in a freezing fog, incapable of finding his way back to reality. No matter how hard he tries to break the ice of the palace or around Naine’s heart ( make your choice ), he still remains caught between desire and repulsion, never being able to get his Mr Freeze out of its wrapping. Frustrating, isn’t it ? While previous adaptations of H.C. Andersen’s fairytale ( Lev Atamanov’s animated film from 1957 or David Wu’s long feature from 2002 ) might have been faithful to the original story, Estonian director Marko Raat has spiced up his contemporary update by showing us the action inside the ice palace between the two characters ( which barely gets a few lines in Andersen’s tale ). Shot in extreme conditions – minus twenty degrees on the set, an ice-cream warehouse, and oxygen masks for the crew to avoid steam on the screen –, The Snow Queen is definitely a fairytale for grown-ups, dealing with the inevitable bond between love and death.