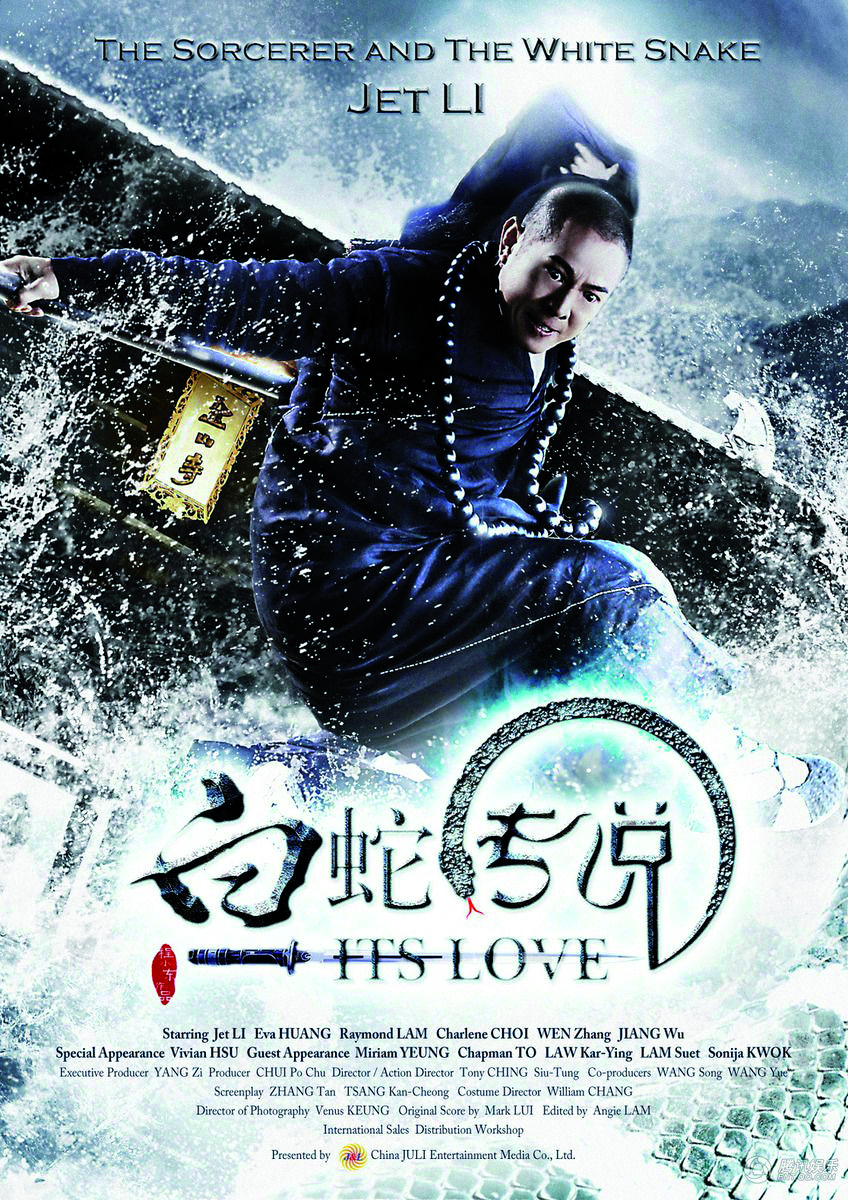 THE SORCERER AND THE WHITE SNAKE

White Snake Demon Bai Suzhen leads a careless life deep in the woods and the mountains, far removed from the world of mortals. That is until one day she rescues herbal doctor Xu Xian from a trap laid by her rival, Green Snake Demon Quingqing. Bai falls in love with the gentle Xu. She takes on human form, so that she can live together with him. But that’s not to the liking of Buddhist monk Fahai, who, together with his miserable sidekick Neng Ren, spends his days hunting demons. When Bai refuses to reveal her true identity to her unsuspecting husband, the monk tries to come between them, with terrifying consequences. The Sorcerer and the White Snake can rightly be called a Chinese super production because of the talent in front of and behind the camera. Jet Li ( Hero, The Flying Swords of Dragon Gate ) stars as Fahai. His opponents are Eva Huang ( Kung Fu Hustle ) and Charlene Choi ( New Police Story ). The director is the legendary movie maker and martial arts choreograph Siu-Tung ( Tony ) Ching, responsible for such classics as Swordsman and A Chinese Ghost Story. The production was handled by the team from Crouching Tiger, Hidden Dragon and the script came from the writers of Shaolin Soccer.