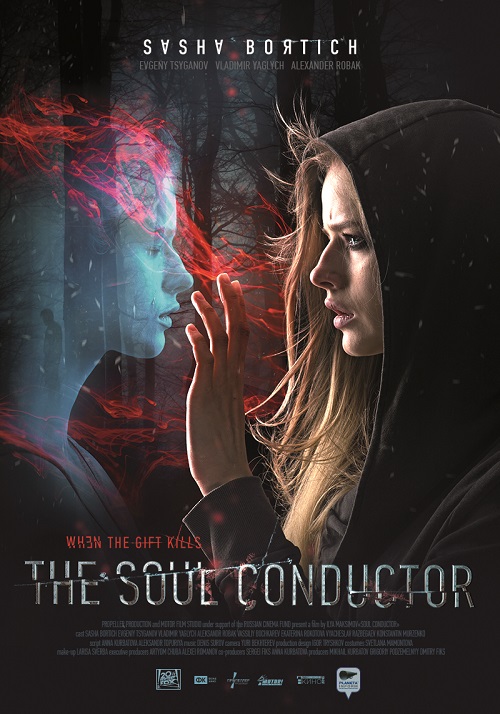 Katya is a moody young woman with a special gift: she can communicate with the spirits of the dearly departed. The problem is they’re quite a nuisance! All the time, they’re asking her assistance in dealing with unfinished business from their time among the living. To be able to cope with these demanding spirits, she seeks solace in… spirits. And then her very own twin sister disappears without a trace. No help is to be expected from the police because in their opinion little sis only exists in Katya’s distorted imagination. Doggedly, she goes on a search and rescue mission, all the while being besieged by nightmarish visions. That’s how she discovers the whole thing is the dirty work of a serial killer who’s holding her sister captive somewhere in the city. Maybe not all hope is lost after all. But can you trust anyone in such a dismal place? Yourself to begin with… In his first feature, experienced television director Ilya S. Maksimov pulls off quite a feat. A historical manor in Moscow was completely altered and become the prime location for this supernatural horror thriller shot without CGI. With breathtaking images, he guides you through the haunting intrigue, with excellent support from his lead actress Aleksandra Bortich, also known as the Belarusian Jennifer Lawrence.