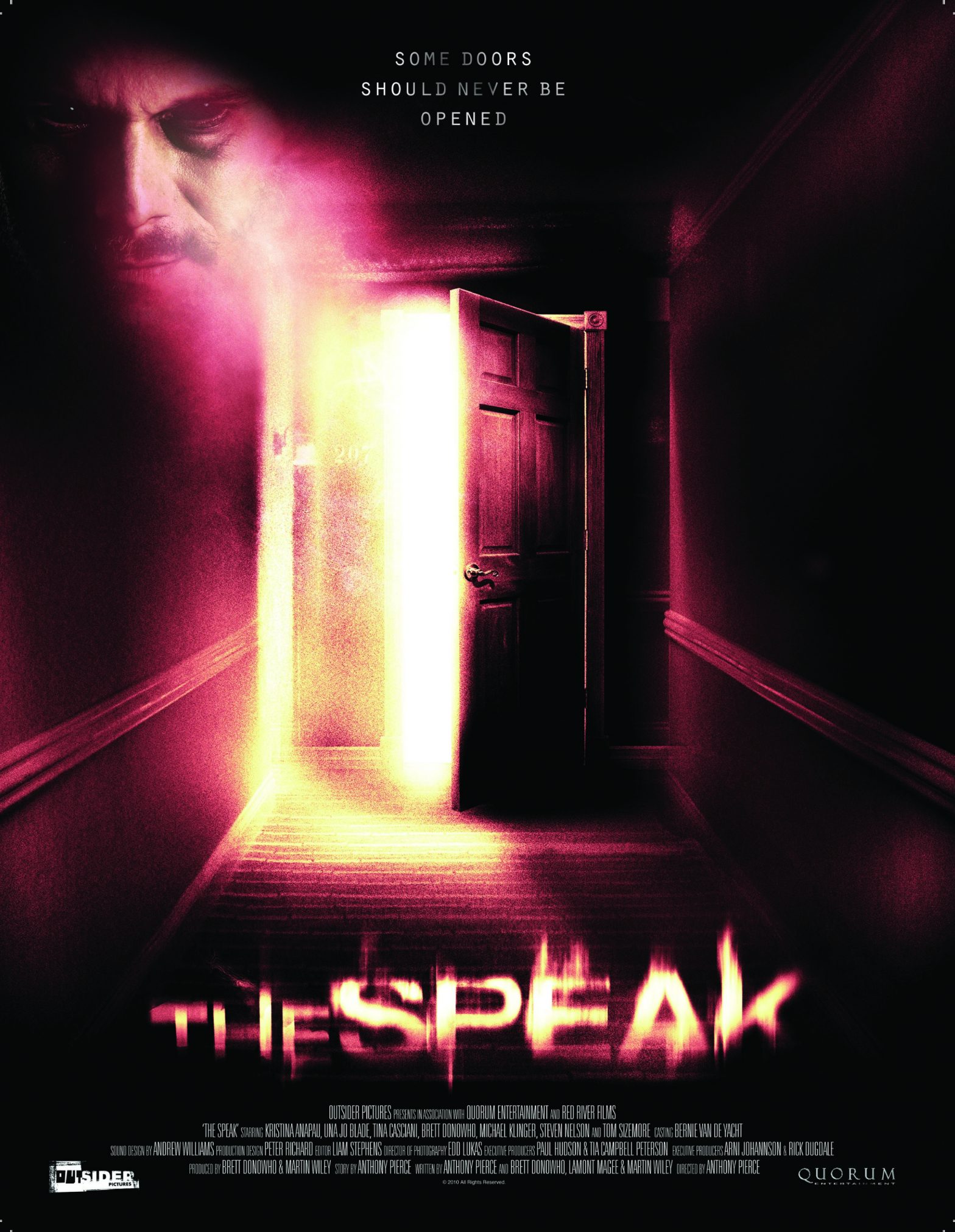 Director Shelly isn’t really known for making high brow art. This documentary film maker with inflated ego earns a living with voyeurism and sensation. For his latest project, he wants to spend the night with his crew in the worst haunted hotel of the US. His presenter, Malia, is also a medium and is supposed to get as many ectoplasmic entities in front of the camera as possible. The crew try to get things going with a spiritual séance in which they evoke the ghostly inhabitants of the hotel. The problem for Shelly and Malia is that their response is so enthusiastic that it’s doubtful they will ever let them go. Just before the financial crisis broke out in the US, real estate broker Anthony Pierce decided to say goodbye to the housing market to devote himself to his true passion, which was cinema of course, otherwise we wouldn’t even talk about him here. He also wrote the script for his first long feature, The Speak, and showed himself to be a risk taker, as he set foot on the overcrowded field of reality horror. Mission Accomplished nevertheless, thanks to the inventive form of The Speak, consisting of webisodes of 12 minutes; in which we are forced to share the horrifying ordeal of Shelly and his crew.