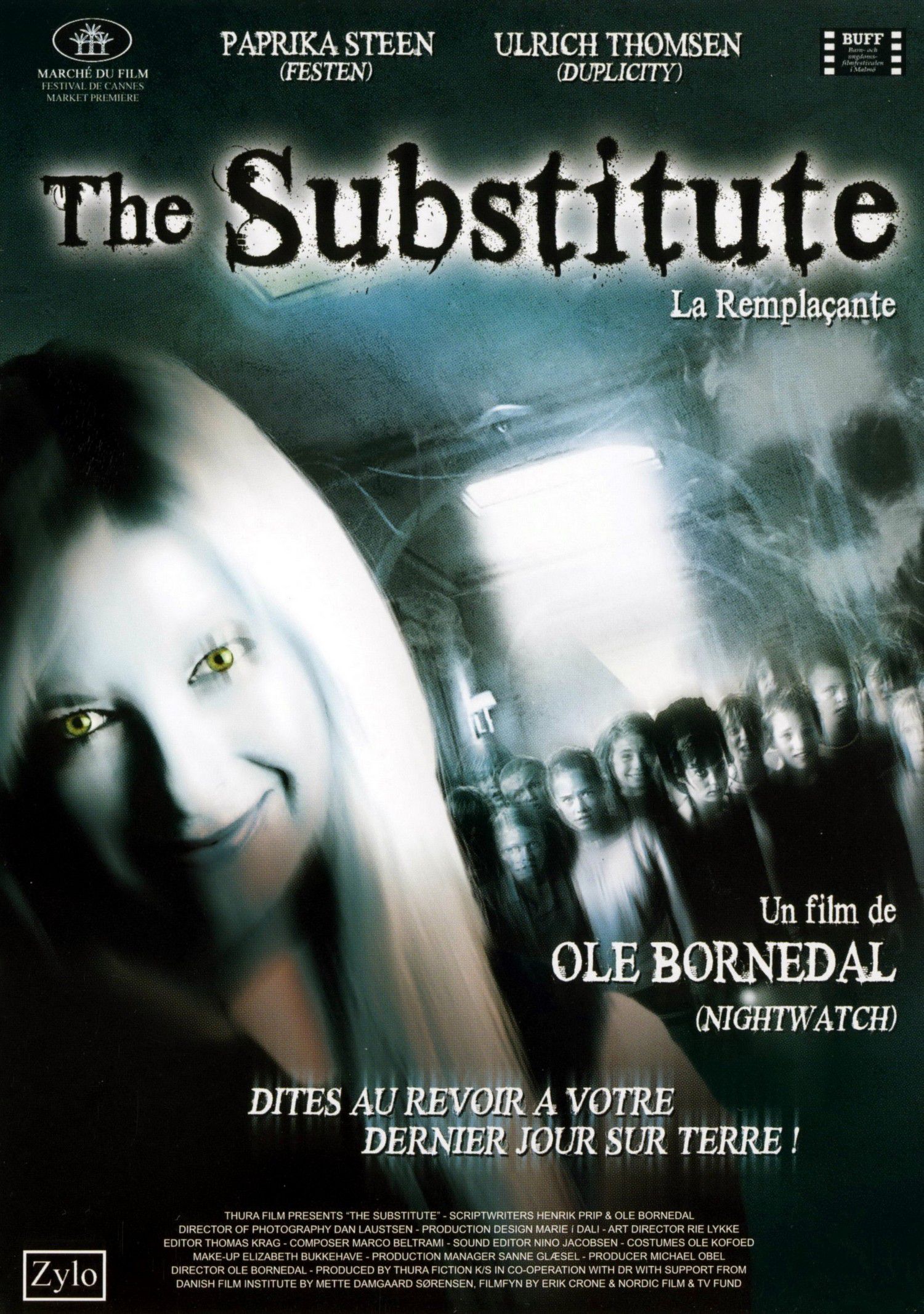 The Danish country side at night. A farmer’s wife wakes up, only to be confronted by a glowing entity from another world. The next day, at the local school, the kids are not really impressed to learn that they’ll get a new substitute teacher. But Ulla Harms is more than they bargained for. She’s a tough, sneering dictator and master of take-no-prisoners psychological games who announces she can bend them to her will and proves her point with unearthly methods of mind control. It turns out she’s an alien investigating the mystery of love to save her planet, where inhabitants devour each other after mating. Ulla has no problems at all to manipulate all the adults around her. It will be up to the kids to save them from the terror of the alien substitute. All children know that teachers are weird, but what if it turned out that they’re extra-terrestrially weird ? This premise is used to yield highly enjoyable results in Ole Bornedal’s The Substitute. The director of Nightwatch efficiently mixes thrills with social comedy, the humor playing on the differences between child and adult perceptions. Star of The Substitute is undoubtedly Paprika Steen ( The Idiots, Adam‘s Apples ), who plays Ulla as a mercurial monster of a woman, slipping unpredictably from cackling witch to icy disciplinarian to surrogate mum, sometimes within a single shot. Add to her exuberant performance some first rate special effects, and you’ve got one hell of a teen chiller.