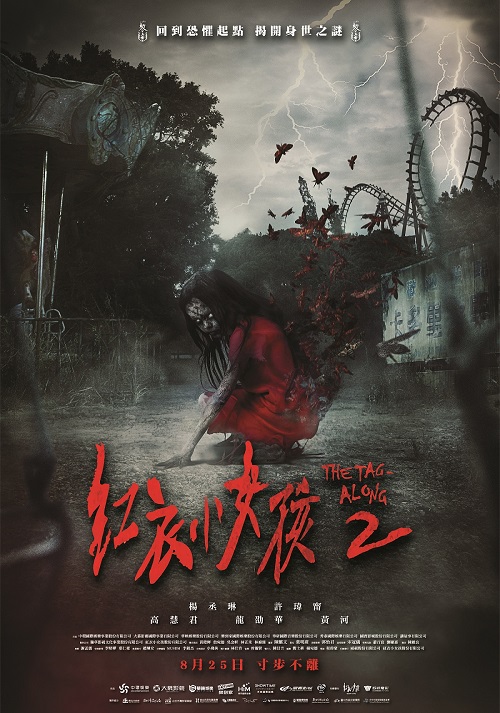 In 2016 we brought you Tag Along, a movie so scary the director of the film had to have a witch doctor on set to comfort the actors. Based on the Taiwanese urban legend The Girl in Red, this second part continuous the story about demon babies, enchanted forests, and obsessed moms. Something every baby shower needs, no ? Tag Along 2 starts with a missing pregnant daughter. Her mother, social worker Shu-Fen, knows something weird is going on and sets out to find her child. While searching, she encounters Mei-hua, a mysterious woman who has imprisoned her own daughter in a house haunted by demonic spells. As if that wasn’t weird enough, the dynamic duo meets a third musketeer : a pregnant teenager living in an abandoned hospital. A real dream team to fight the evil spirits haunting their lives ! Cheng Wei-hao made his name in the Asian horror scene with Tag Along. We’re not at all surprised that he made this follow-up, yet to be rebooted by the Americans (potential franchise) ! It contains all the elements of a first class scary movie. Abandoned locations, possessed protagonists, demonic children : you name it and he brings it on to haunt your wildest nightmares !