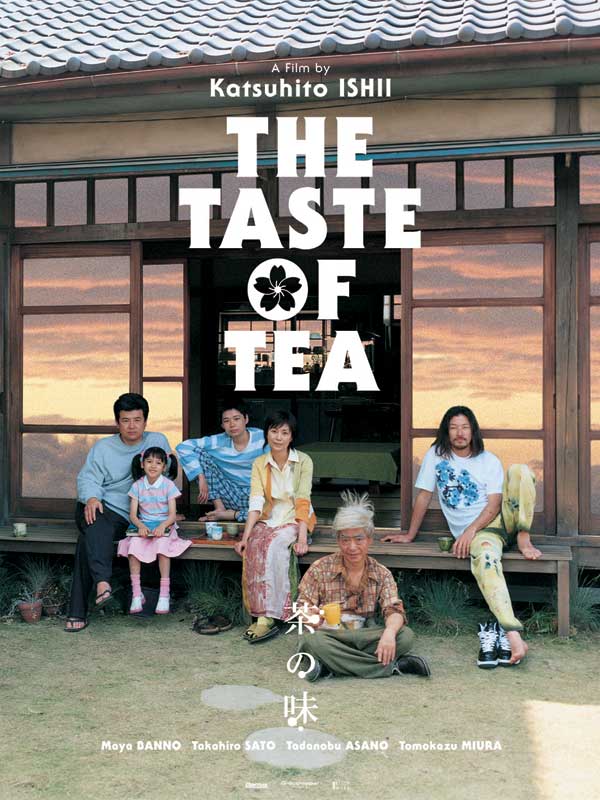 THE TASTE OF TEA

The Haruna family live in a hilly region just outside Tokyo. Father Noburo commutes to his hypnosis practice in the city. His wife Yoshiko works at home on an animation project that she hopes will re-establish her after having raised two kids. They are teenage boy Hajime and Sachiko, his 6-year old, over-imaginative sister. Sachiko beliefs she’s being observed by a giant double of herself and thinks she can get rid of it if she performs a certain move on a horizontal bar. Shy Hajime is experiencing his first crushes on girls and falls hard and breathlessly for leggy beauty Aoi in his class. Wild-eyed grandpa Akira carries a tuning fork everywhere to hone his vocal pitch and fancies himself as some kind of mime artist, acting out the stances of Yoshiko’s cartoon heroes. And uncle Ayano wants to dispel the ghosts of a romance that ended years ago. The Taste of Tea is a tender portrait of the life of one very peculiar Japanese family. Amidst a classically picturesque tableau of cherry blossoms, green fields and yellow sunflowers, director Katsuhito Ishii (Shark Skin Man and Peach Hip Girl) delicately balances traditionalism, cutting edge live-action, animation, drama and comedy in a unique exploration of universal themes as family, time and life. With Tadanobu Asano (Ichi the Killer, Last Life in the Universe, Vital) as Uncle Ayano and Anna Tsuchiya (Kamikaze Girls) as Aoi.