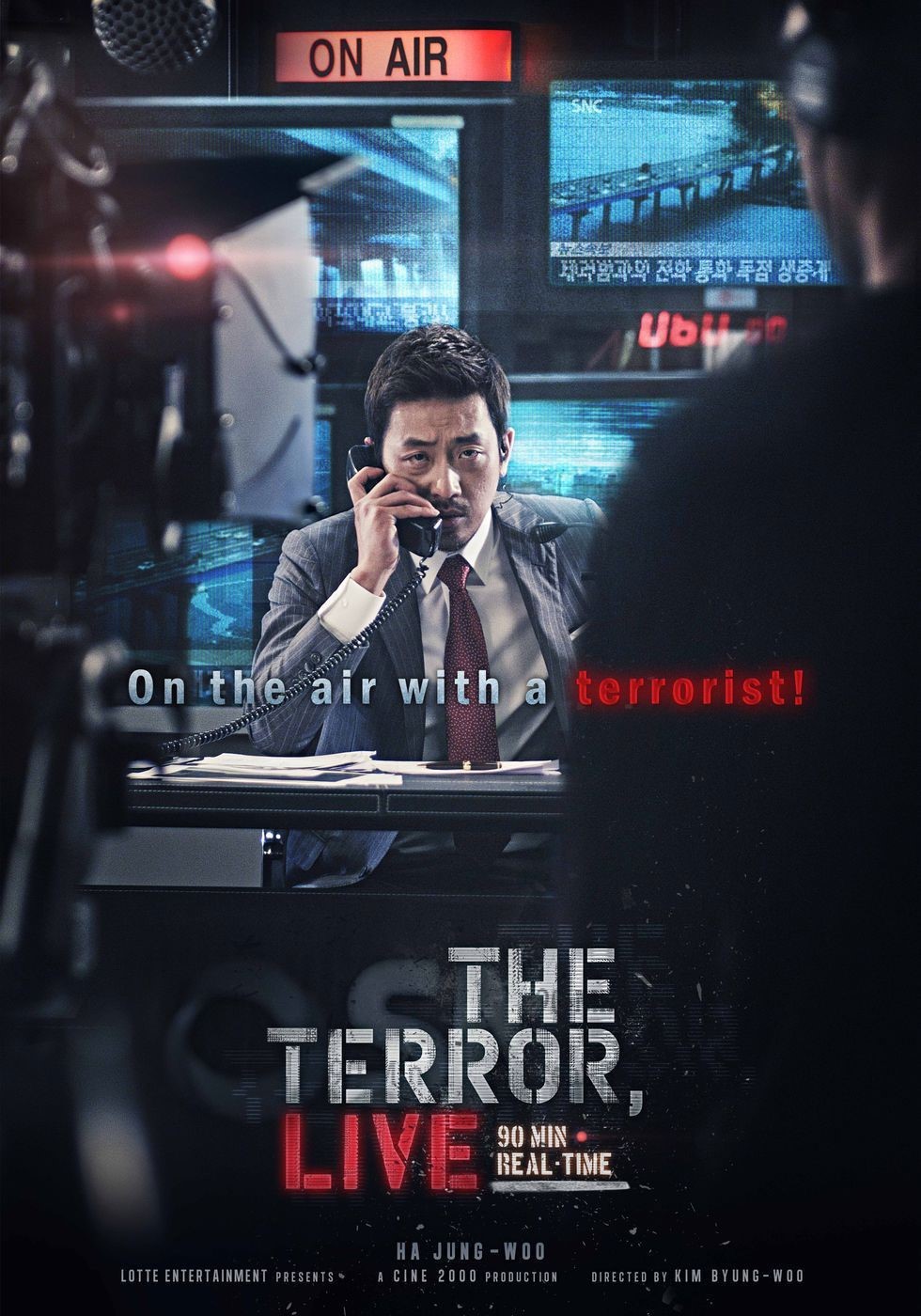 Journalist Yoon’s ambition knew no limits, until he went too far and was demoted to hosting a morning show on a local radio station in Seoul. When he gets a call from a guy who claims he’s going to blow up a bridge, Yoon immediately cuts the line and goes back to business. A few moments later, a loud explosion is heard all over the city. This time he’s not dealing with a prank caller. Yoon smells an opportunity to get back into the spotlights. The terrorist only wants to talk to him and Yoon starts to haggle with his bosses for prime time exposure. But the terrorist tells him that he’s also on the target list. Is the president himself doesn’t show up in the studio, Yoon’s earpiece is going to blow up… along with him and the rest of the office.

The Korean action thriller The Terror Live takes place entirely in a radio studio and ingeniously uses this closed location to pump up tension and suspense from the very beginning to the spectacular end. The movie also has a solid backbone, lashing out against the merciless hierarchy and tough working conditions in Korean companies, the ruthless drive for higher ratings and the corruption and cronyism plaguing the higher layers of society. Korean superstar Jung-woo Ha (The Chaser, The Yellow Sea) plays the opportunist anchorman who gets caught in his own game.