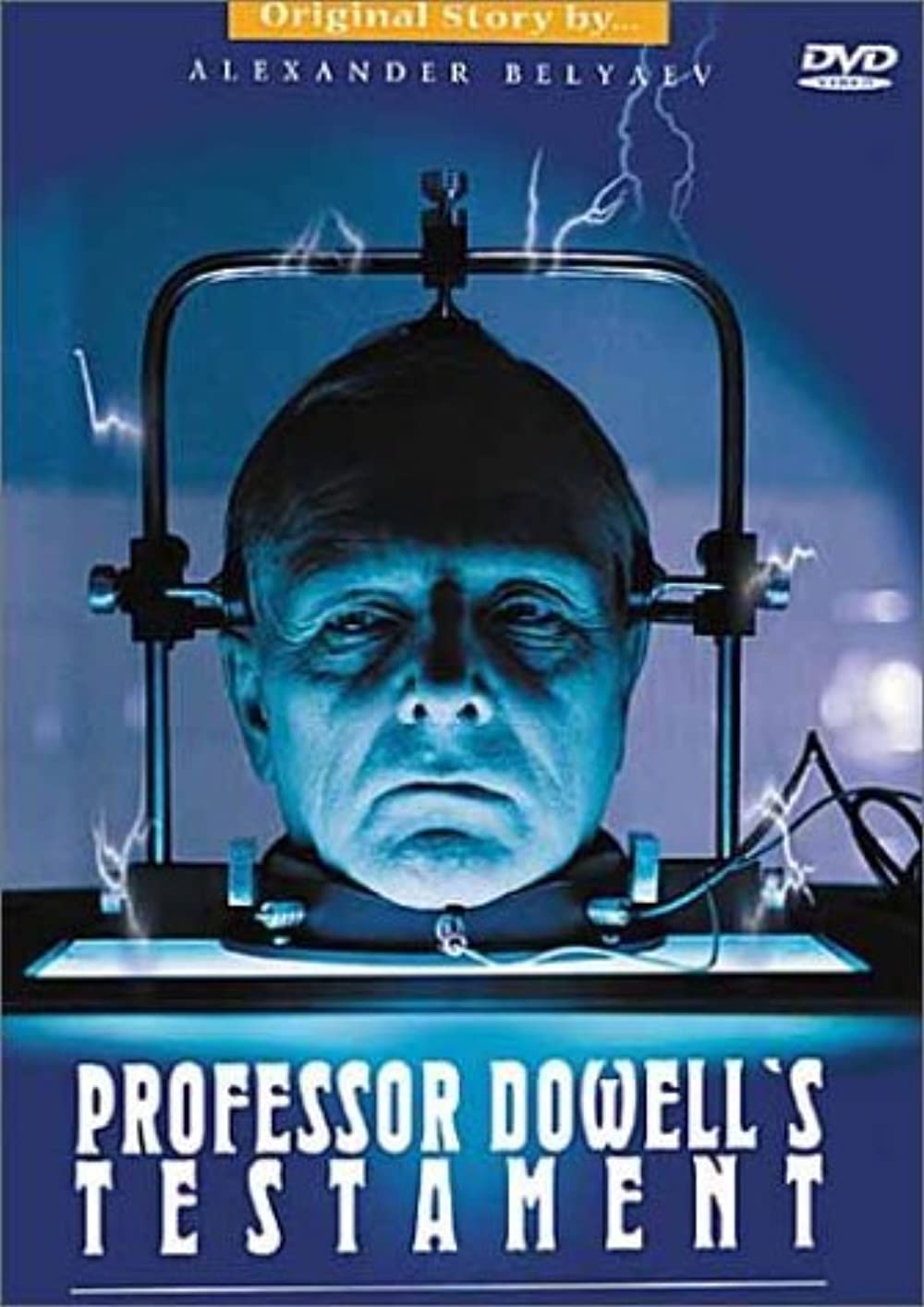 THE TESTAMENT OF PROFESSOR DOWELL

Dr Korn doesn’t have the guts to accomplish his ambitions. His prestigious project consists of bringing two human organisms together in one single biological structure but he needs professor Dowell to bring it to a successful conclusion. The scientist in question is an old hand in the business who has devoted a lot of years of his life to the study of compatibility of certain organic tissues. But the professor kicks the bucket after a fatal car accident.
Not the least of Korns problems. The somewhat unusual surgeon with very few scruples digs up his old colleague, efficiently removes the head of the deceased and reactivates the brain. Dowell will have plenty of time to ask himself about the moral values and about the benefaction of science for that same science.