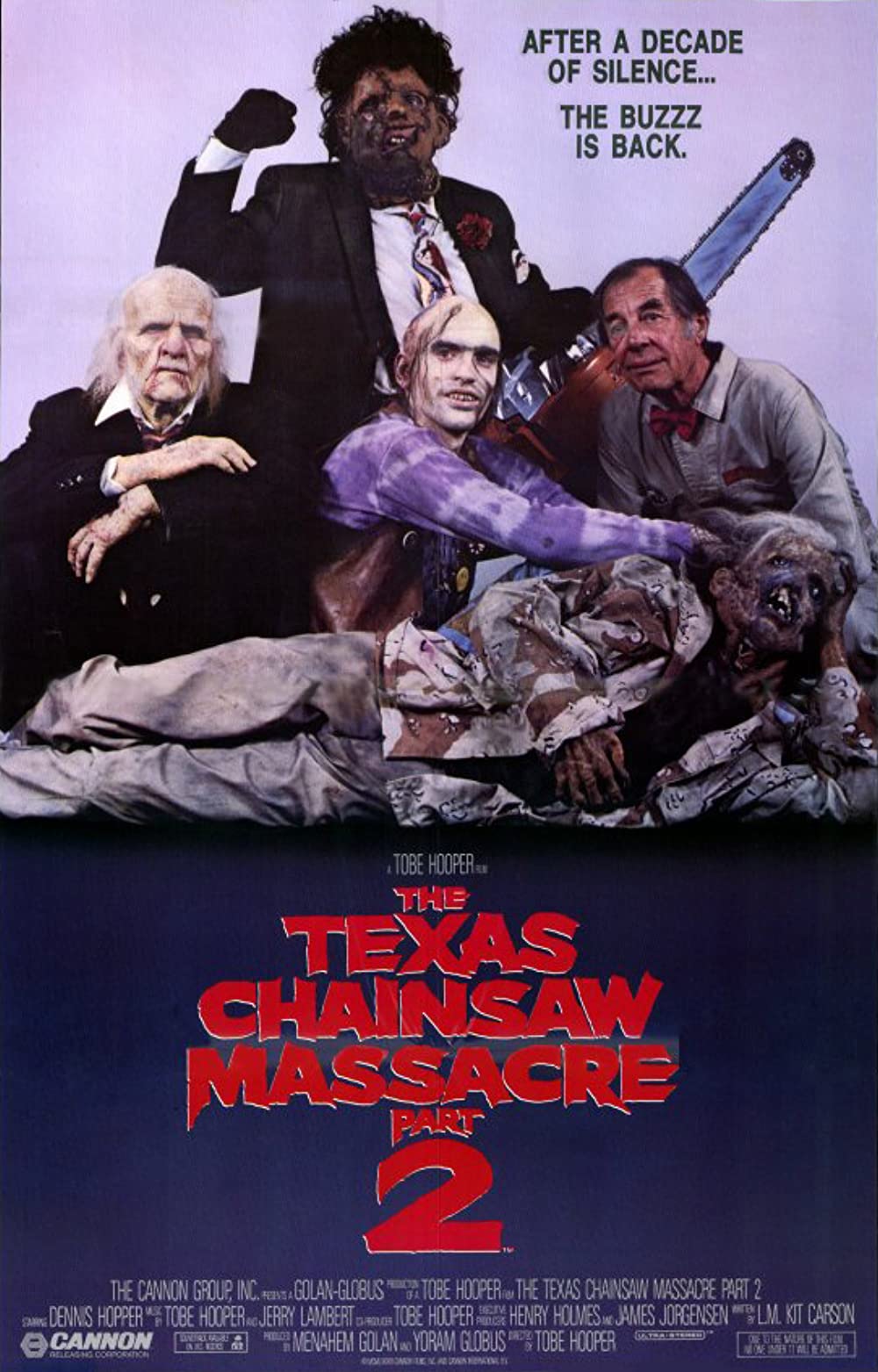 Stretch, the host of a small radio station lost in the Texas countryside, lives a peaceful life in a down-to-earth universe. That is up until she is the witness of an awful murder. An ear witness: two guys who were looking for trouble and were killed with a chainsaw while screaming nonsense at Stretch through the phone. She has heard everything, and has recorded everything. And this is going to get her into big, big trouble…
“If there was someone who should have been worried about his future, it had to be Tobe Hooper. After the failure of ‘Lifeforce’ in ’85 and the bigger failure of ‘Invaders from Mars’ in ’86, ‘The Texas Chainsaw Massacre 2’ was all he had left to win back the public!
Let there be no doubt: the movie does not only give us what we wanted, it goes even further when it comes to horror, excess and satire!
First of all, the horror, a field where Tom Savini really outdid himself to such an extent that the movie had to be censored three times.
Then, the excess. This time, the bloodthirsty madmen (including Leatherface who, just like the Beast, will fall in love with a Beauty) are facing an even madder character: Dennis Hopper (“Blue Velvet”, “Easy Rider”, “Apocalypse Now”).
Finally, the satire thanks to L.M. Kit Carson (screenwriter of “Paris-Texas”) who seems to have had a field day and stomped on the good manners and moral principles of the American consumer society. The Texas killers became actual gastronomy entrepreneurs and are not only well known in the region for their savory chili—which everyone would like to find the recipe to—but they also own an amusement park, some kind of completely crazy “Ramboland”!
Thankfully for Hopper, ‘The Texas Chainsaw Massacre 2” is a success, well on its way to become, twelve years after the first movie, a new cult movie.
(Ecran Fantastique)