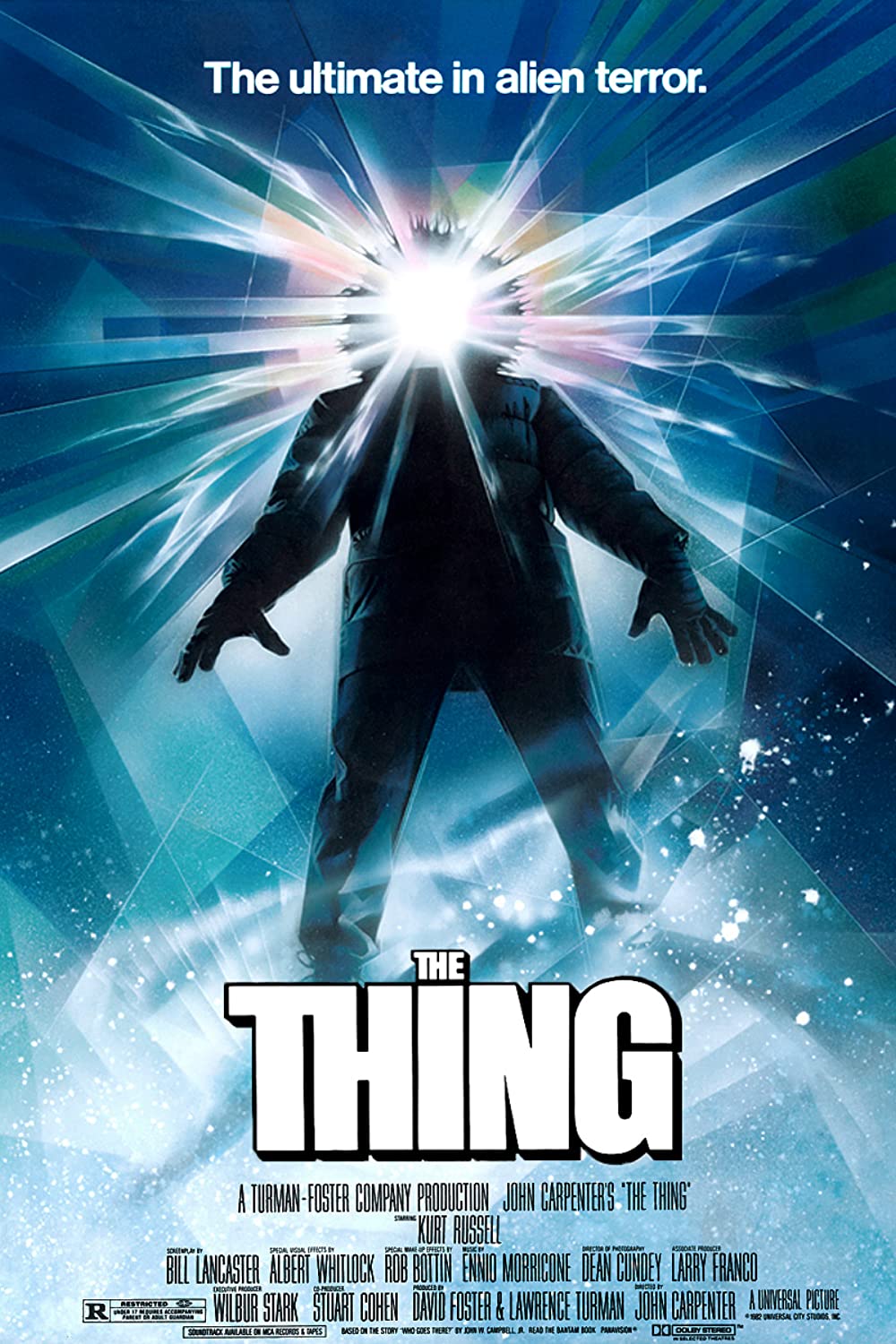 During the winter of 1982 at American base on Antarctica becomes the victim to a “thing” of unknown origin. Everything starts with a husky being chased by a helicopter from a near-by base. The Norwegians are madly trying to shoot the dog. The animal reaches the American base where the helicopter crashes. Two members of the American team take off to the Norwegian base to ask for an explanation about the events. But the base is completely burned down.
Thirty years after The Thing from Another World John Carpenter made his version one that wants to be more of a sequel than a remake. The director of Halloween and The Fog was aware of every possibility in which his claustrophobic location enabled him to utilize it. Besides, the special effects of The Thing consist of an impeccable virtuosity. Talk about a ghastly thriller.