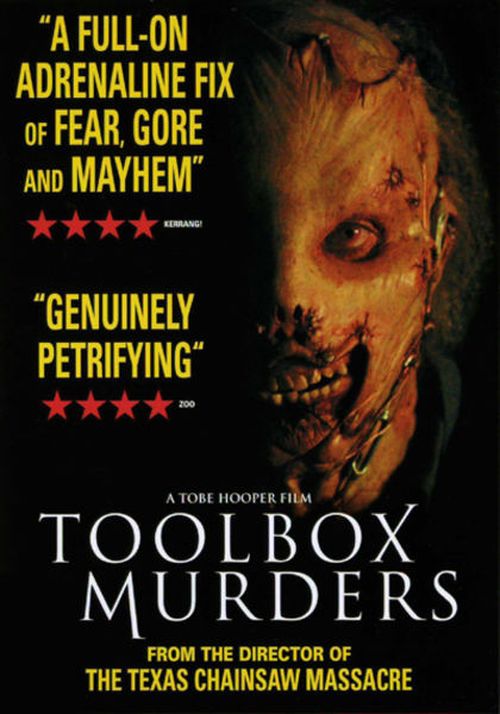 New to Los Angeles, Nell and Steven Barrow rent an apartment in the Lusman Building. Built in the 1940s, this luxurious art deco hotel was a playground for the rich and famous in Hollywood’s heyday. Later it fell on bad times, but now the old building is being restored to its former glory. What no one knows, however, is that the Lusman should never have been tampered with. Renovating the building has brought out a supernatural horror; someone or something who knows every secret of the place, who can get past any lock. One by one he’s picking off the residents.

In the tradition of his legendary The Texas Chainsaw Massacre, Tobe Hooper (Poltergeist, The Mangler) has created a terrifying vision of a young woman trapped in a battle with supernatural evil. Similar in tone to both classic Italian horror films and landmark 1970s American movies, The Toolbox Murders takes you on a ride that will fuel your nightmares for years to come. With Angela Bettis, awarded last year at the festival with a Silver Raven for her performance in May, as Nell and with Juliet Landau (Ed Wood, TV’s Buffy & Angel) and Brent Roam (Deep Blue Sea, Rules of Attraction).