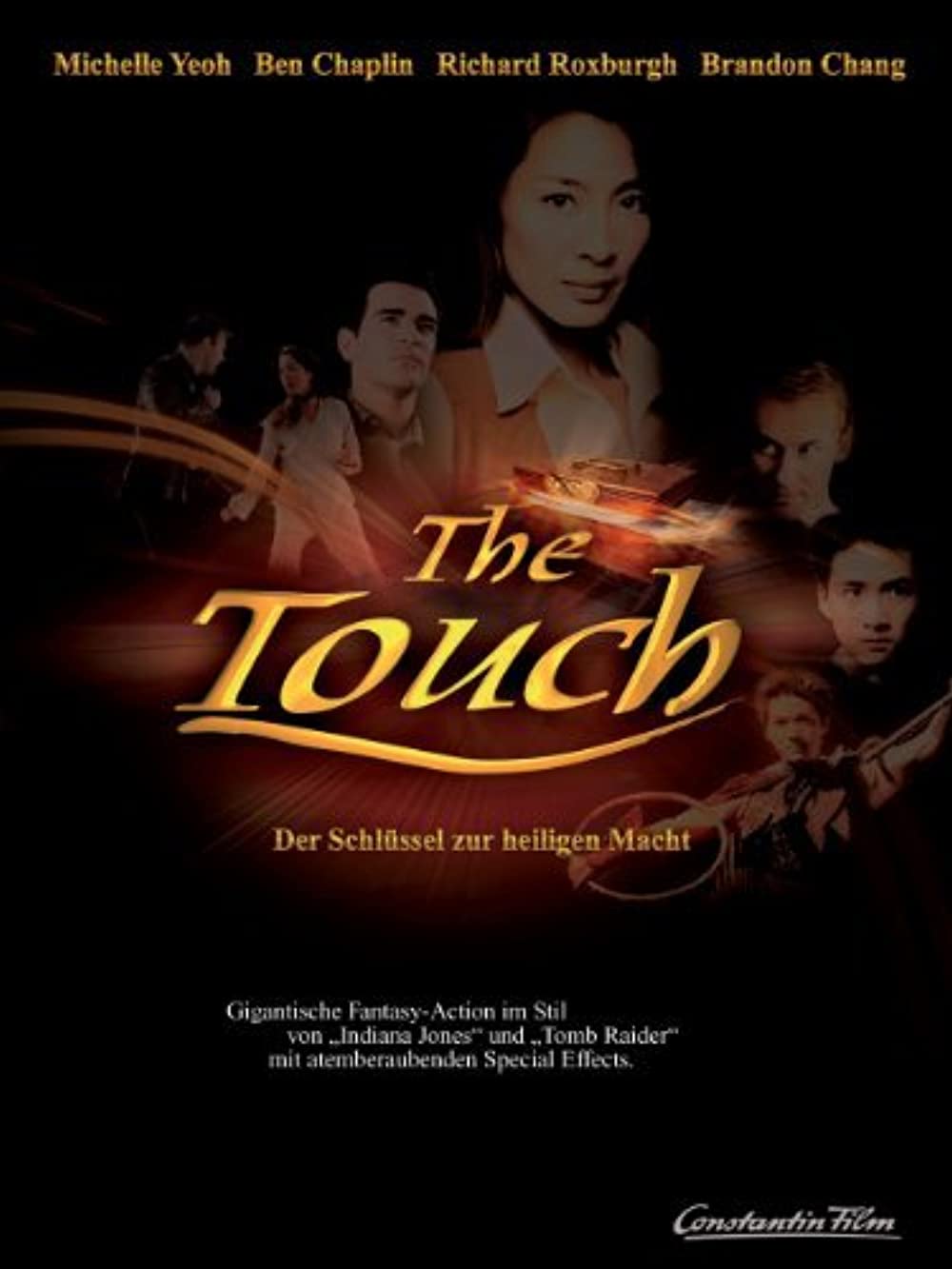 Yin Fei is the head of a family of acrobats. She has kept safe half the key to an ancient Buddhist relic, for generations in her family. The Sharira of Xuan Zang contains the life-essence of a venerable Buddhist monk. Now, evil art collector Karl has managed to find the other half of the key, a talisman called The Heart of Dun Huang, thanks to the services of a thief called Eric. However, Eric has his eyes set on the Sharira too and teams up with his former lover Yin Fei to seek out the relic in the remote desert area of Dun Huang. Little do they know that Tong, Yin Fei‘s brash younger brother, is also intent on reclaiming the family treasure.

In The Touch, Michelle Yeoh (Crouching Tiger, Hidden Dragon, Tomorrow Never Dies) not only stars as Yin Fei, she also produced and wrote this highly enjoyable martial arts fantasy epic. With Oscar-winning cinematographer Peter Pau (John Woo’s The Killer, Crouching Tiger, Hidden Dragon) as a director, it goes without saying that the cinematography is excellent, providing breathtaking scenery of China and Tibet. With comic relief provided by Ben Chaplin (Lost Souls, Murder by Numbers) as Eric and Richard Roxburgh (Mission Impossible II, The League of Extraordinary Gentlemen) as Karl.