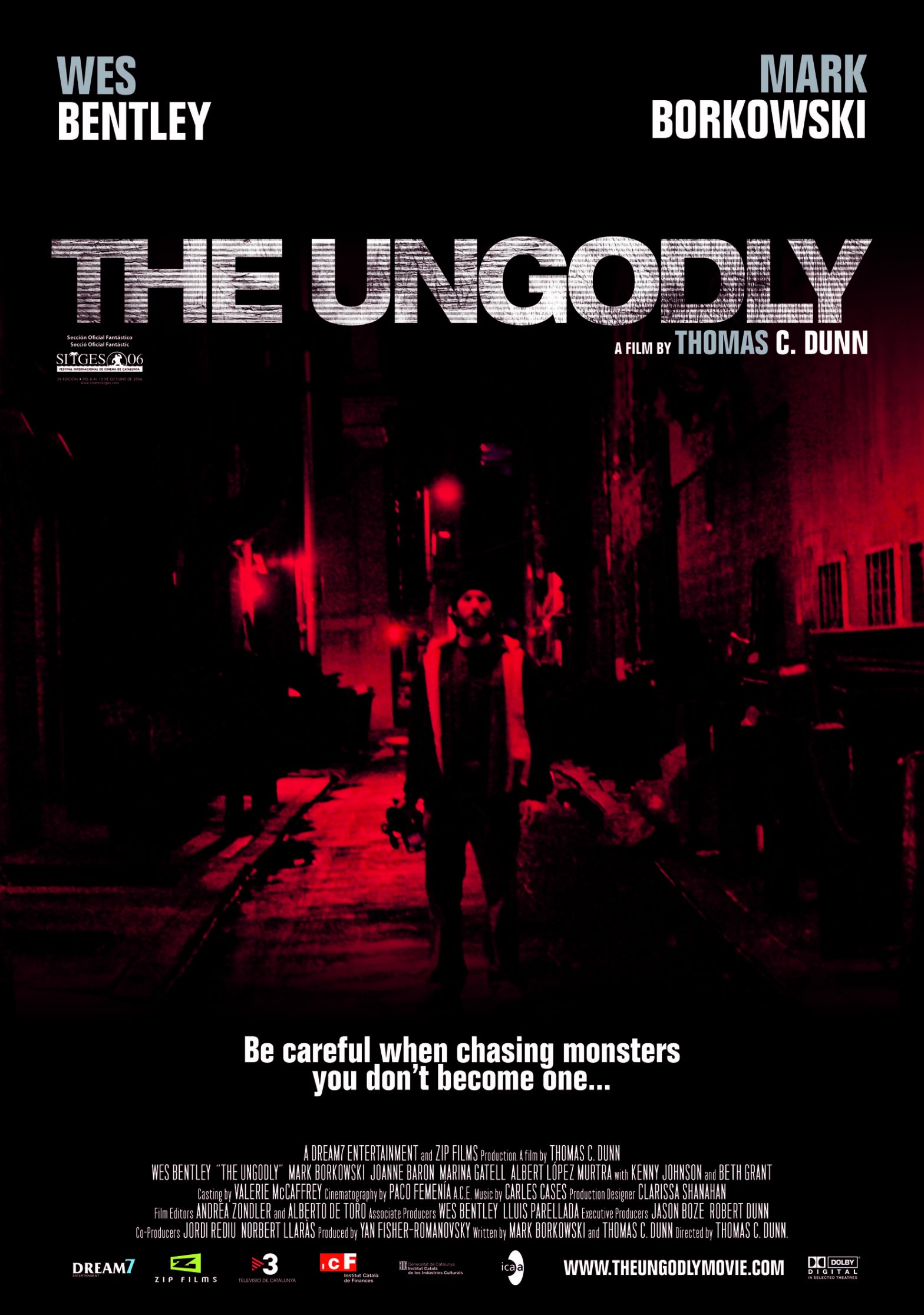 What’s really handy about the current documentary craze, is that you don’t need a lot of money or talent to make a successful movie. You just need a camera, know how to hold it and especially, to have a truly risky subject that will make your spectators guts twist and turn. When it comes to this, Mickey has a winner on his hands. By accident he catches notorious Philadelphia serial killer Lemac on tape. Thanks to his footage of the murder, he manages to blackmail Lemac and convince him to participate in a documentary about his grisly deeds. The only problem is that Lemac really takes his time and Mickey is forced to speed things up a bit and manipulate the murders to get the shocking images he craves. It’s not that because we’re Belgian, that we don’t have the right to be chauvinistic once in a while. The Ungodly clearly draws its inspiration from our very own Man Bites Dog. That said, Thomas Dunn’s first feature is no copy but an original take on the serial killer phenomenon. It focuses on the psychological evolution of the characters, especially Mickey, a superb performance by Wes Bentley ( American Beauty, Ghost Rider ). His subject Lemac is a disturbing part by Mark Borkowski, who also wrote the screenplay. The Ungodly is an insidious and psychological thriller that infuses its audience with an almost existential fear.