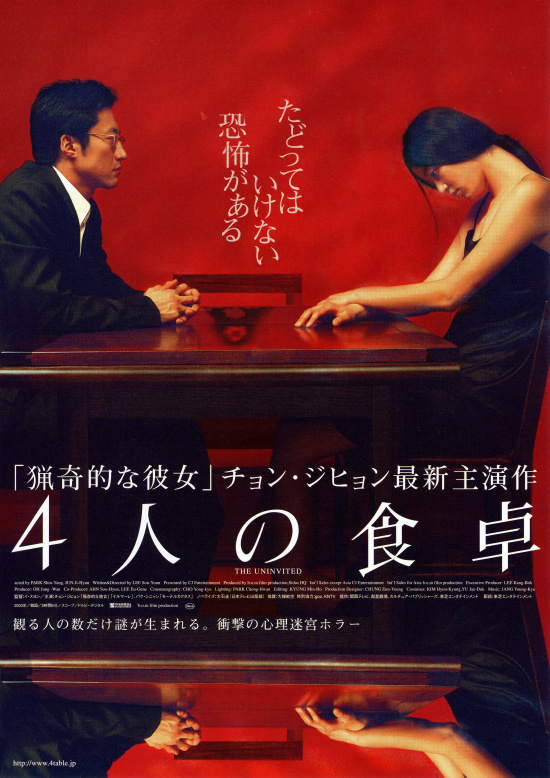 THE UNINVITED by Soo-yeon Lee

Jung-won is an interior designer whose wedding date is fast approaching. While spending the night in their new home that he decorated himself, he sees ghosts at the dining room table. Suddenly, his life is thrown into a confusion of shock and terror. In the midst of this turmoil, he meets a mysterious woman named Yun. Although she is a wife and mother, she bears deep emotional scars that she keeps hidden from the outside world. Once she meets Jung-won however, she slowly begins to reveal her innermost self. After Yun tells Jung-won about her ability to see spirits, he talks to her about his supernatural encounters that he has been unable to share with his fiancée. Much to his surprise, Yun ends up drawing him into even greater, unimaginable horror.

The supernatural horror mystery The Uninvited, debut feature of director Soo-yeon Lee, combines the paranormal with the psychological. With this chilling tale about family and trust, he asks questions about how much truth we can handle and to what lengths we are prepared to go if we cannot accept this truth. With Shin-yang Park (Yuri, A Promise) as Jung-won and Ji-hyun Jun (Il Mare, My Sassy Girl) as Yun.