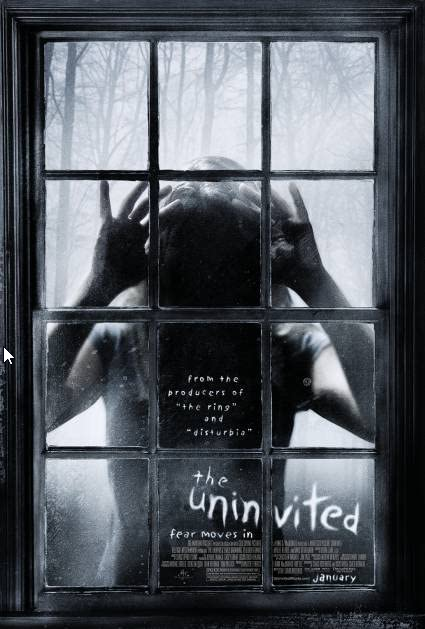 THE UNINVITED by the Guard Brothers

Some don’t like their mother in law, some don’t like ghosts and some don’t like either. Then finally there are some who are simply unlucky. They have the mother in law and a ghost at home. That’s the fate awaiting poor little Anna. She just got out of a psychiatric institution, where she ended up traumatized after the tragic disappearance of her mum. Even worse, her mother’s nurse is now her new stepmom. Luckily, Anna can still rely on her sister Alex, who’s also her best friend. The least we can say is that cohabitation among these women, dead and alive, is not going to be like a walk in the park. It’s very rare that Hollywood has managed to get it right when it comes to remaking an Asian horror hit. The Uninvited, based upon our Silver Raven 2004, Ji-woon Kim’s A Tale of Two Sisters, is one of these exceptions. The distressing atmosphere of the original has often been compared to The Ring, a very solid reference indeed. Two young English directing brothers, Charles and Thomas Guard, have delivered a creepy first feature that will slowly wriggle its way under your skin. The leading role is played by Emily Browning, already top class in Ghost Ship and Ned Kelly.