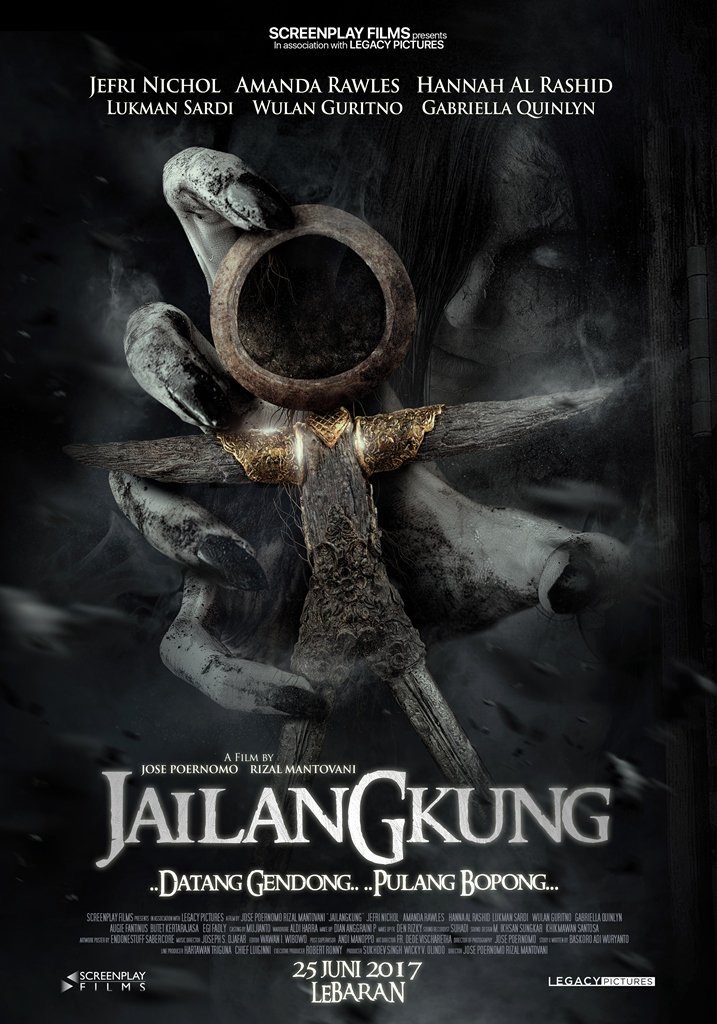 Ferdy, Gembol, Sonny and Gita are four university students with an unusual hobby. They investigate reportedly haunted buildings. But after exploring every possible sign of paranormal activity, they still have to catch a glimpse of their first supernatural entity. Fed up with the lack of spirits in Jakarta, Ferdy suggests to go to Angker Batu, a small village in West Java, abandoned since the 1940’s, after a young boy was killed during a ceremony. The friends try to summon his spirit. Using a Jelang­kung, a traditional voodoo doll, to perform the ritual, they get more than they bargained for. The evil spirit will stop at nothing to take its revenge and there seems to be no way out for the four unlucky heroes.
The Uninvited, shot on digital video for a mere 30.000 US $, is the highest grossing Indonesian feature film ever. This fast paced movie represents independent horror at its best, with plenty of screams, chills and terrifying fun. The two young directors, Jose Poernomo and Rizal Mantovani, both experienced music video makers, use imaginative editing, a highly mobile camera and authentic Javanese folk legends to effectively frighten their young target audience. Rumour has it that The Uninvited is already slated for an American remake.