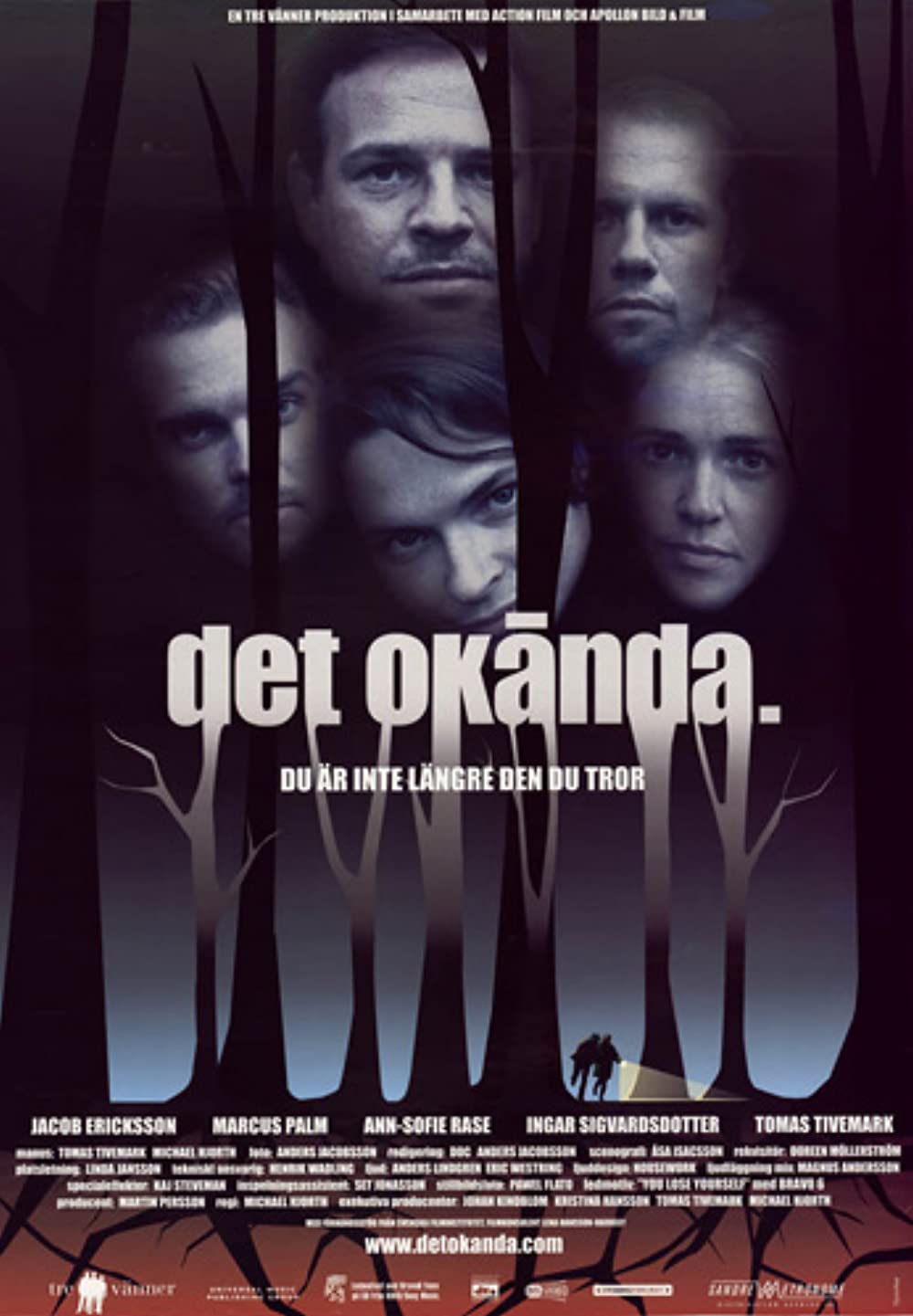 Five biologists travel to a remote area to explore a forest burnt down a few years ago. They’ll investigate how life returns to this demolished land. Already on the train problems errupt when one of them tries to affirm himself as leader of the pack. At the location they install themselves inside a caravan and a tent, their homes for the next few weeks. At the first day of exploration, they find something strange and hard to identify. This event is the beginning of a week marked by horror, paranoia and doubt of their own common sense. Against their will, the biologists have taken a step into the unknown. Something is creating fear and anxiety among the five scientists. Suddenly, the way back to civilisation seems very long. You can’t really suspect the Swedes to be overly chauvinist. But when the Swedish press unanimously declared The Unknown to surpass The Blair Witch Project in every way, we’re inclined to take them on their word. Debut long feature director Michael Hjorth has delivered a film that efficiently scares and thrills without having to rely on a frenetically moving camera.