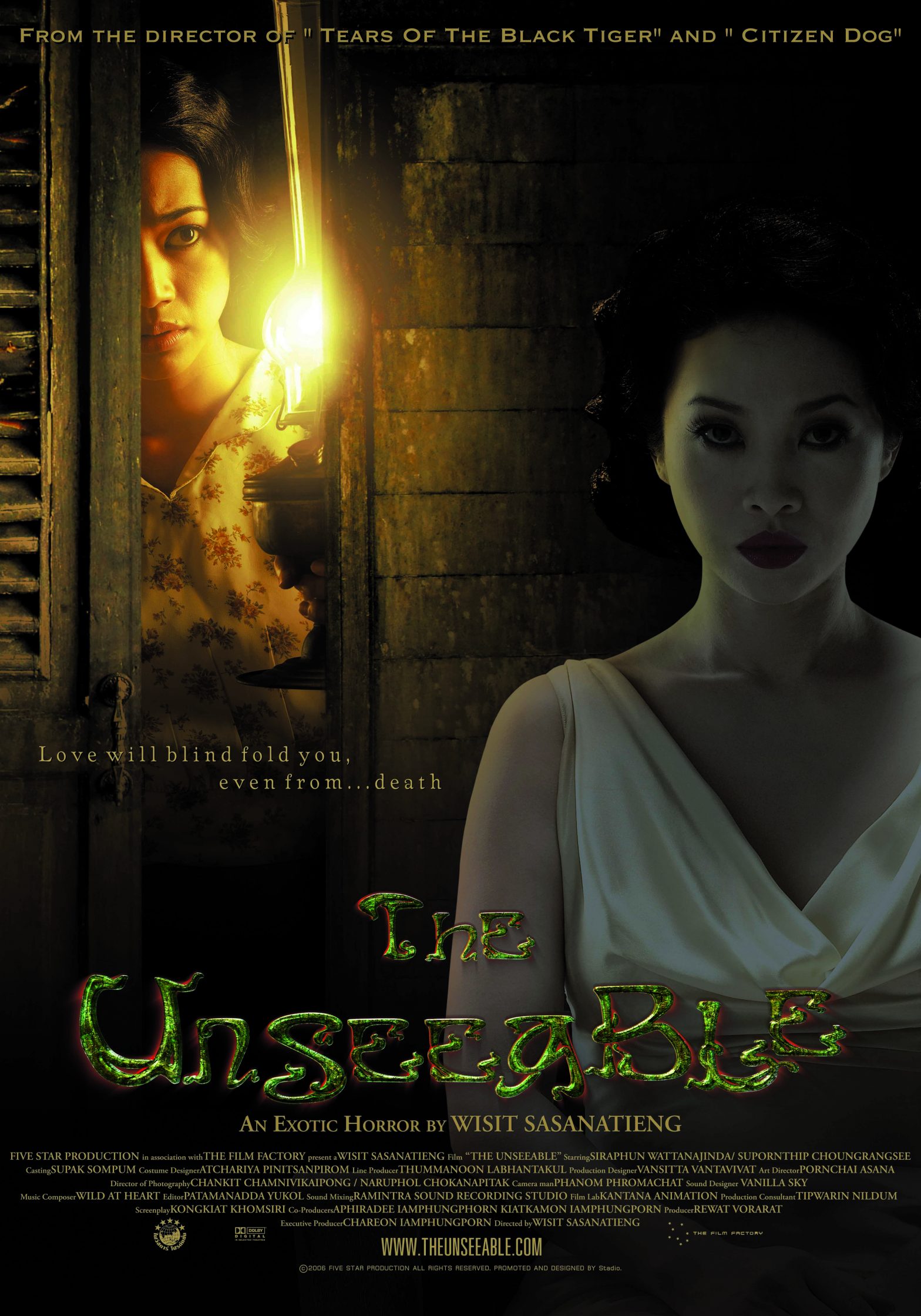 Thailand, 1934. Nuanjan, a young pregnant woman from upcountry, travels to Bangkok in search of her husband, Chob, who went missing there for almost a year. She ends up seeking temporary residence in a rambling, rundown mansion. It’s a scary place, with creaking wooden floors, squeaking doors, locked rooms and an overgrown garden. The house happens to hold many secrets. Most of those concern its owner, Mrs. Ranjuan, a widowed aristocrat who is as different from Nuanjan as black and white, in terms of social status, skin colour and manners. Tension rises between the two when Nuanjan gives birth to her baby and Mrs. Ranjuan requests to spend time with the infant every day. The lady of the house was never able to have children, but now she’ll have a child to show to her husband, even though he died many years ago. Wisit Sasanatieng’s films have often been described as unconventional, satirical and larger than life. In his latest film, The Unseeable, the director of Tears of the Black Tiger and Citizen Dog pays tribute to early Thai ghost movies. It’s an intelligent and straightforward horror film that shows the coexistence of the living and the dead. The Unseeable frightens the audience with a haunting musical score, creepy shadow movements, camera angles that suggest the heroine is always being watched and a meticulous production design that evokes the sense of a desolate Bangkok of decades ago.