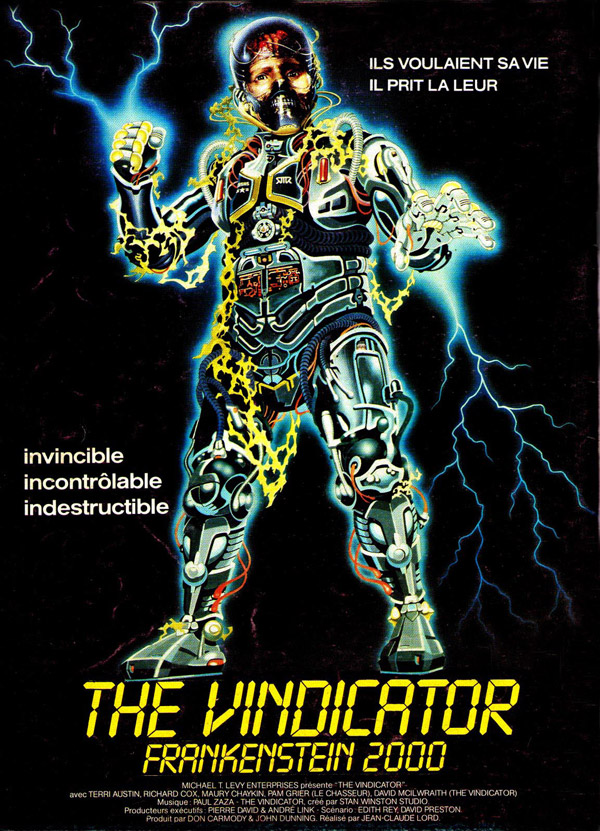 The works of Carl Lehman, a young and brilliant scientist, are overshadowing the merits of Alex Whyte, CEO of the “Aerospace Research Corporation”. Moreover, Carl refuses to work with his boss. That is something that Alex does not tolerate: combining the useful with the pleasant, he forces Carl into a deadly accident only to use his brain and mutilated corpse in one of his experiments—operation “Frankenstein” (shameless scientists do no lack dark humor) where the robotic rests of Lehman, attached to a computer, are supposedly creating a cyborg with super strength, completely obedient to Whyte. But not all experiments turn out the way we expect them to…
This out-of-the-atomic-and-computer-area Frankenstein, which was one of the greatest surprises during the last Cannes Festival, is way closer to the invincible and indestructible “Terminator” robot than to the good old monster created by Mary Shelley. His journey is the one of the invulnerable, and nothing and no one will be able to get in the way of him pursuing the ones he wishes to get revenge on. Only a few crumbs of feelings will act as a barrier in front of the homicidal fury of that destroying monster.