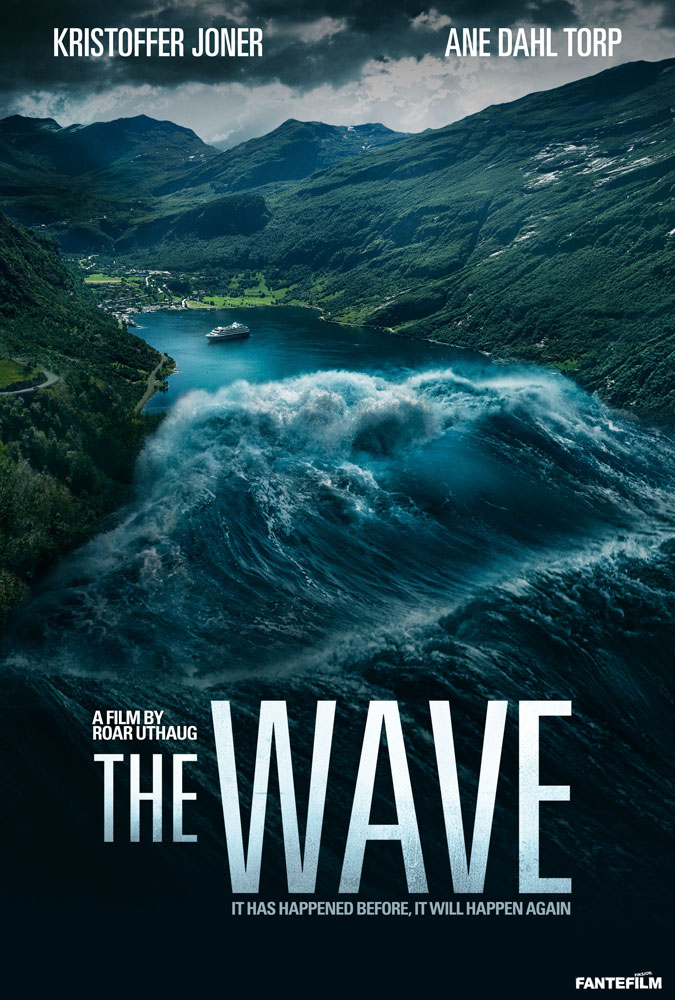 THE WAVE by Roar Uthaug

The Norwegian village of Geiranger enjoys a breathtaking setting at the bottom of a spectacular fjord. And yet, a threat hangs over paradise. In 1905 a rockslide wiped away the entire village and it’s only a matter of time before it will happen again. Geologist Kristian is the man with an eye on the panic button in an early warning center. If the worst were about to happen, the inhabitants would have ten minutes to run for their lives to higher ground before a mighty tsunami would sweep away everything in its path. But his watch is soon coming to an end. His wife Udun and son Sondre are putting everything in boxes for their move to the big city. And then, while Udun spends her last hours at her job in a tourist hotel in town and Kristian is saying goodbye to his colleagues, the water levels starts to drop and sensors are shutting down.
Finally a disaster movie from Scandinavia! And the Norwegian tsunami-thriller The Wave was well worth the wait. Director Roar Uthaug, known for the horror chiller Cold Prey, will move to Hollywood next year to shoot the Tomb Raider reboot. The Wave is an outstanding catastrophic spectacle with the added bonus of gorgeous images of Norwegian scenery, impressive and realistic sfx and Norway’s two most popular actors in the lead: Kristoffer Joner (Next Door, The Revenant) as Kristian and Ane Dahl Torp as Idun (Dead Snow, TV’s Occupied).