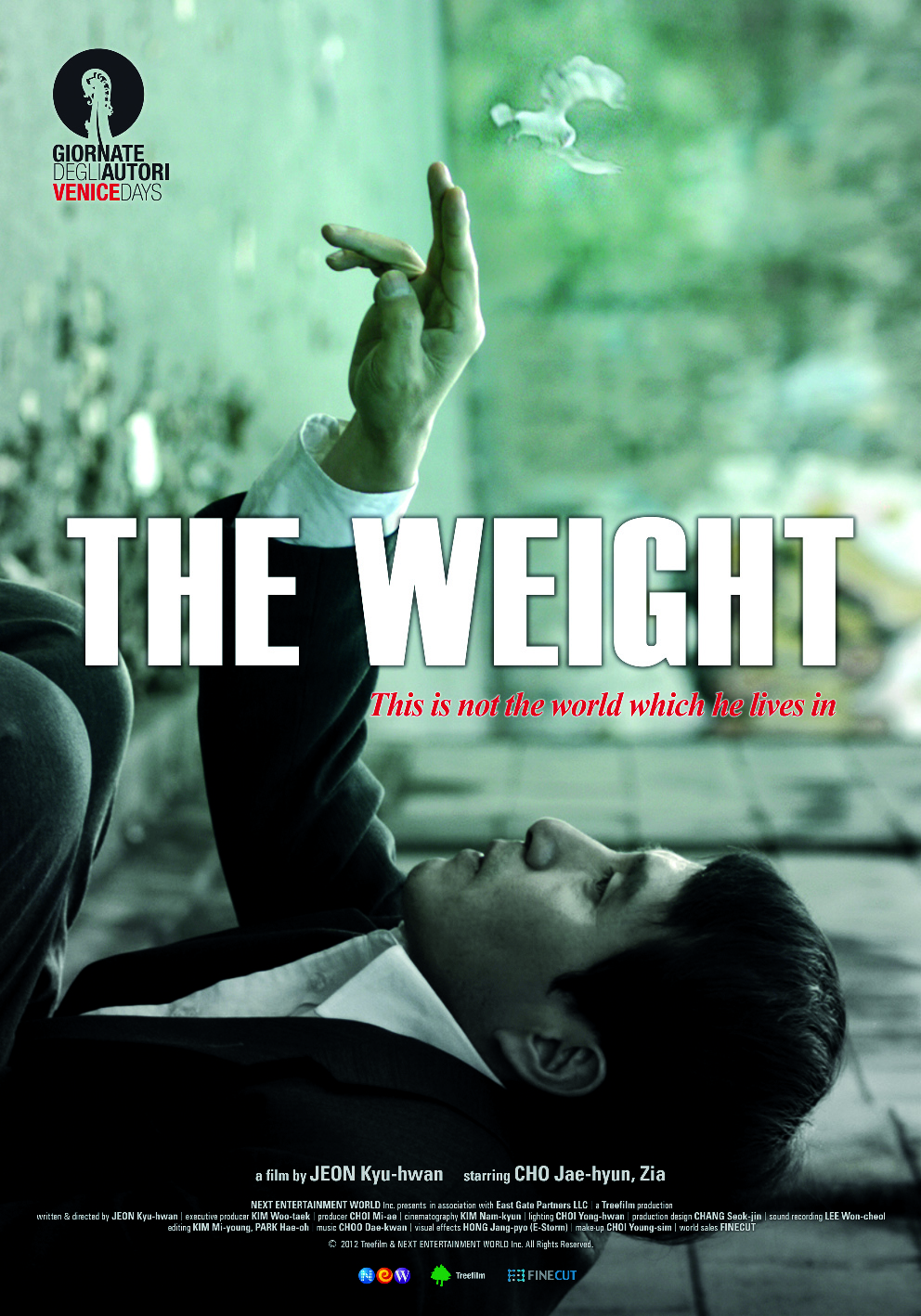 Jung is a mortician at the morgue, who has to rely heavily on medicine for his severe tuberculosis and arthritis. Despite his illness, cleaning and dressing the dead is a noble and even beautiful work. His life over there is both a reality and a fantasy while the corpses are his models and friends for his paintings, his sole living pleasure. Why this morbid hobby? Jung was adopted by a horrible woman who used him as a slave for her dress shop. The natural son of the woman is younger than Jung and has a strange desire. He wants to transform his male body into a female one. Despite the love and hate relationship Jung has with his brother and burdened with the weight of life and the difficulties he has to deal with at his job, Jung endures the pain and prepares a last gift for his brother… After a successful trilogy ( Mozart Town, Animal Town and Dance Town ) that was shown from Hong Kong to Berlin, Jeon Kyu-hwan presents us with his new movie. The Weight deals with lonely souls, hurt by traumas and repressed desires, which reminds you of Todd Browning’s Freaks. This sinister requiem, awarded at the latest Venice Film Festival, will definitely resonate for a long time in your head.