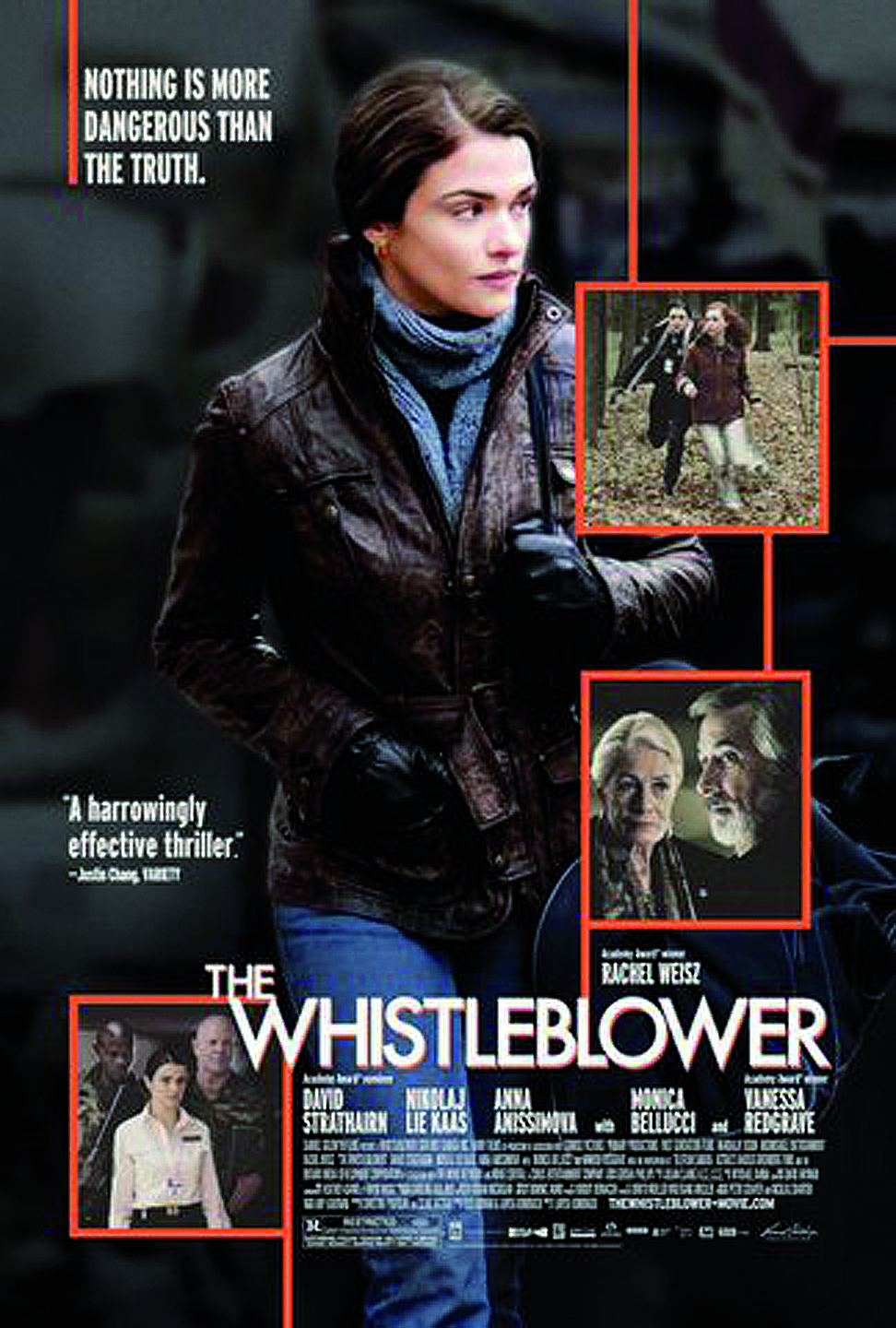 1999, Nebraska. Single mother and police officer Kathryn Bolkovac has trouble making ends meet. She decides to join the private security company Democra Security and ends up in Bosnia where she assists the UN peacekeeping forces. Her experience and her integrity get her noticed. She’s recruited by the United Nations to work for the agency that investigates accusations of sexual abuse, domestic violence and people smuggling. Kathryn meets Raya, an Ukranian girl that was forced to prostitute herself and is shocked to discover that her employers are involved in this sordid trade. When Raya is kidnapped and murdered, Kathryn is more than ever determined to get to the bottom of this. But Democra Security and the UN are not going to let themselves be exposed by this courageous whistleblower. The Whistleblower is the strong and gripping debut feature of Larysa Kondracki. Based on a true story, the movie hits you straight in the face by letting the horrible facts speak for themselves. This poignant thriller with a message is carried by the impressive performance of Rachel Weisz ( The Mummy, The Fountain ) as the sensitive but determined Kathryn. And it’s ladies first in The Whistleblower, with the legendary Vanessa Redgrave ( Julia, Howard’s End ) playing a courageous American diplomat and Monica Belluci ( The Matrix, Irrevirsible ) as the heroic manager of an ngo.